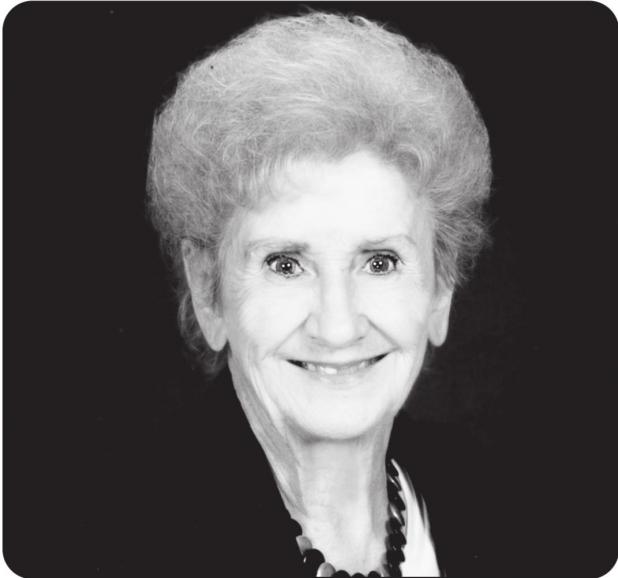 Joy Graham, age 89, passed away on Wednesday, June 24, 2020 at Grace Care Center in Olney, Texas. Family visitation will be from 6:00 p.m. to 7:00 p.m. on Friday, June 26, 2020 at Lunn Funeral Home in Olney. Funeral services will be at 10:00 a.m. on Saturday, June 27, 2020 at Southside Baptist Church in Olney with Andy Graham, pastor, officiating. Burial will follow at Pioneer Cemetery in Olney. Arrangements are under the direction of Lunn Funeral Home.

Joy was born on January 10, 1931 in Oklahoma City, Oklahoma to the late Clayton E. Robertson, Sr. and Luah H. (Cunningham) Robertson. She and her family moved to Olney in 1932. She had been a secretary at Olney Elementary School for four years and had been a bookkeeper for Horany’s Department Store for twenty years. Joy was a faithful member of Southside Baptist Church where she played the piano for over sixty years. She was also a member of the Funtastic Four where she played the piano. They were awarded the Olney Chamber of Commerce Volunteer of the Year award.

She married Jesse Boyd Willis on December 13, 1950 in Newcastle. He preceded her in death on December 4, 1982. She later married Omer Graham on January 1, 1986 in Olney. He preceded her in death on August 10, 2002. She was also preceded in death by three brothers: Clayton Robertson, Jr., Namon Robertson, Wayne Robertson; three sisters: Novella Lee, Shirley McWhorter, Maylene Willis, and a daughter-in-law, Diane Willis.