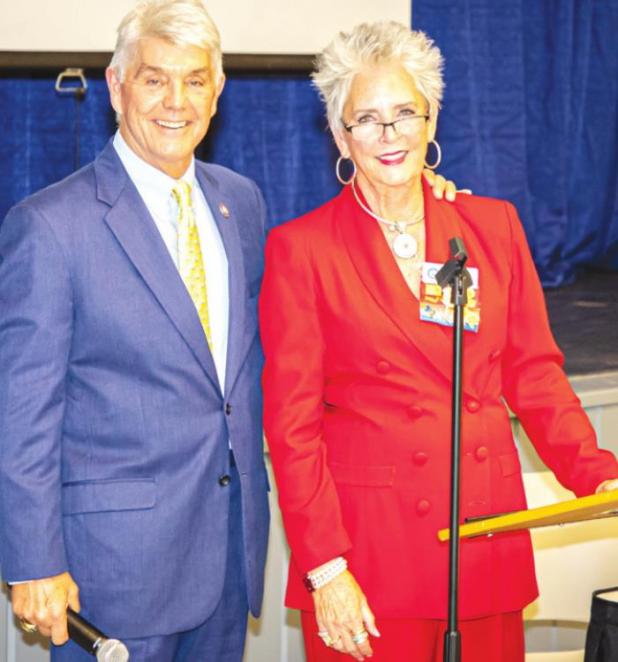 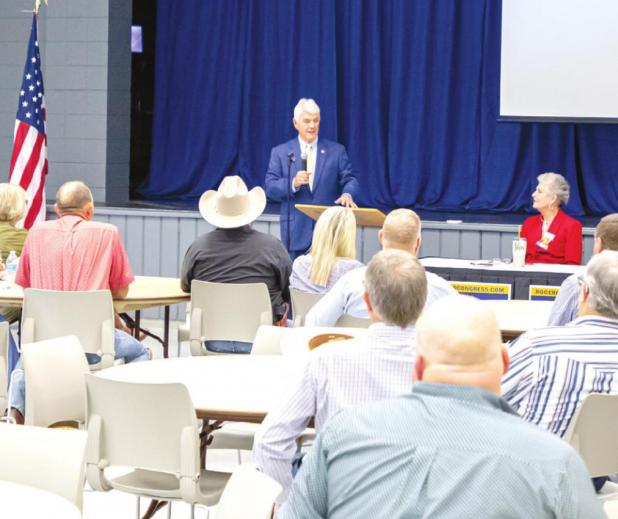 Sylvia Overton, Chair of the Young County Republicans, said they invited Williams for a meet and greet. The meet and greet included 15 minutes meeting Williams’s new constituents, followed by about a 30 minute lecture and 15 minutes of questions and answers.

When asked about plans for the newly formed District 25, Williams said, “This region is growing tremendously, and I’ve seen that firsthand. I will work with the senior leaders and the county leaders to make sure we can—from a federal standpoint—make the growth organized and controllable because it’s a pretty good place to live. Many people realize that now, but it will be a team effort.”

Overton introduced Williams to the attendees with a brief history about Williams. “Williams was a business owner for 50 years, owning an auto dealership in Weatherford. He is a Texas Christian University alumnus,” Overton said. Then, Williams took the podium and spoke to the group about his history as a politician and projects he is passionate about, among several other topics.

Williams said he told the president he got a great deal with the new redistricting in Texas. “I got to trade Travis County for Young County,” with the crowd approving of this. Williams went on to say he was happy to lose Austin and be able to serve Young County. Williams told attendees he never wanted to be a congressman, but he did not see anyone running in 2021 for mainstream America. Williams went on to say he didn’t see any businessmen in Washington making business decisions. (Meaning elected officials). So, Williams decided to run on a pro-business, entrepreneurial platform.

Williams went on to talk about other areas he is fighting for: lower taxes, spending on the defense of the southern border, defending the police by funding them, and promoting fair-free elections—emphasizing that he is against mail-in ballots, which leaves too much room for voter fraud.

Williams said he is serving in Congress to save our future of the American people. In addition, he said he reads his Bible every day, has voted on more than 10,000 issues in Washington, and has thought about and standing behind every vote he cast.

Young County Republicans meet on the second Monday of each month at 6 p.m. The location for the meetings is held at the North Central Texas College campus in Graham.