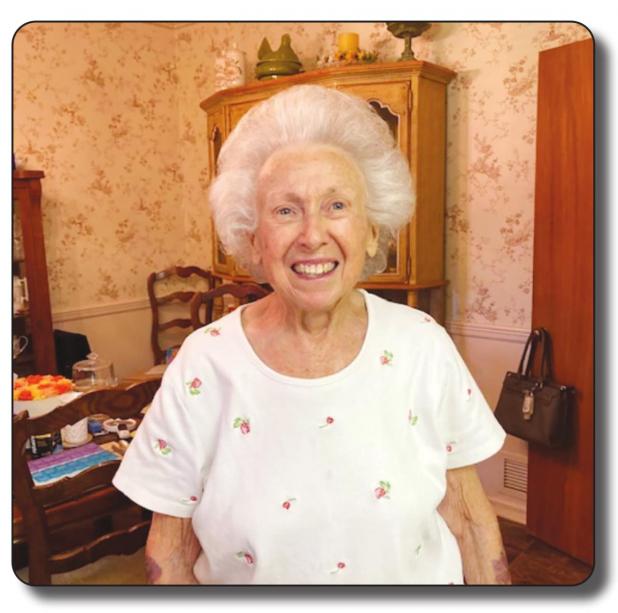 Kathrine Atchley will be 100 years old on Oct. 21. She is the daughter of Dr. George B. Hamilton--the founder of Olney Hamilton Hospital, which has been recognized as the oldest rural hospital in Texas. Mrs. Atchley shares her father’s passion for the hospital and has remained connected to the hospital throughout the years. She has dedicated her life to the preservation of her father’s legacy. Now, in celebration of her 100 years of life, her family and friends are honoring her with a celebratory birthday parade on Oct. 16, at 11 a.m.

The parade will go from East (Ave B) to West on Main, turning on Ave M to proceed in front of the hospital. The parade comprises family, friends, Olney Hamilton Hospital EMS, Olney Police, and Olney Volunteer Fire Department.

In our country’s formative days, a blacksmith was known as the worker’s tool maker. In other words, he was a problem-solver or big thinker. Dr. George B. Hamilton was a blacksmith before he left his father’s business to fulfill a dream as a doctor and head west to Olney early in the 20th century. With a vision in mind, he began Hamilton Hospital in a humble house (1908), expanded to a wood frame building downtown (1914), and then to the 1927 red brick building on the southeast part of the hospital campus today. That was all he would build preceding his death in 1933, but his vision moved on through the people he attracted to Olney. Dr. H.C. McKinney and Doctors Joel Harrell and Fred Harrell moved his dream forward to the building of the 1951 expansion on the northeast side and finally to the 1964 addition to the west. Other physicians moved to Olney and continued attracting providers and patients, serving a five-county area of North Texas.

In addition to the full gamut of medical services provided, the hospital leadership created the George B. Hamilton School of Licensed Vocational Nursing (1959-1984). In the 25 years of the nursing school more than 600 licensed vocation nurses graduated and passed the state nursing exam. These nurses were essential in-patient care as the hospital peaked at 100 beds. As hospital governance changed, the hospital transitioned from a doctor directed hospital, to a city directed hospital and finally to the hospital district directed by the elected board. The current scope of medical service includes 2 rural health clinics, a wellness/therapy center, 4 full time physicians, 3 nurse practitioners, multiple visiting specialists, therapists and diagnosticians.

Dr. Steve Atchley, grandson of Dr. Hamilton, said, “This hospital is not composed of brick and mortar but of the people who serve here.” This, the heartbeat of Olney Hamilton Hospital, is what keeps the staff base stable and the patients loyal to seek medical attention here. Recognized as “The Oldest Rural Hospital” in the state of Texas, plans are in place to keep it that way for another century.