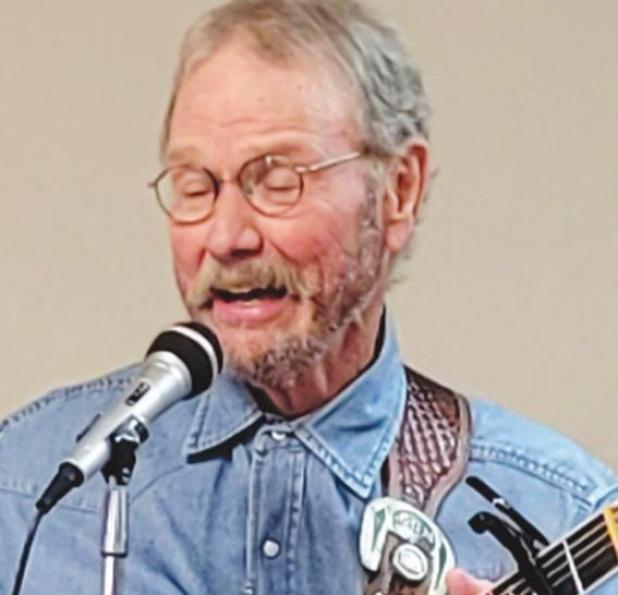 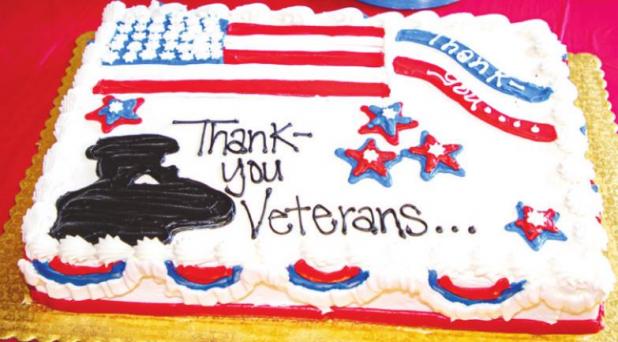 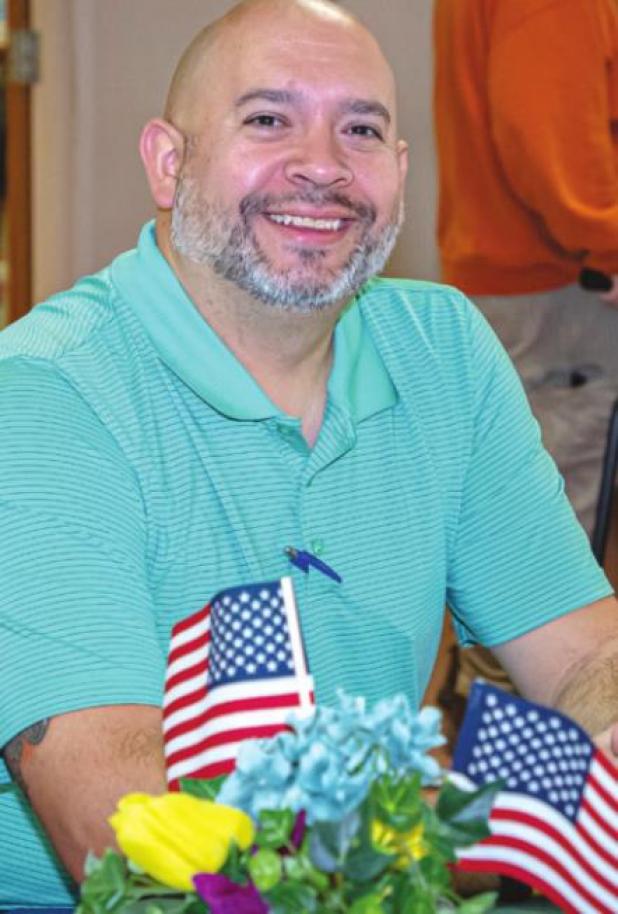 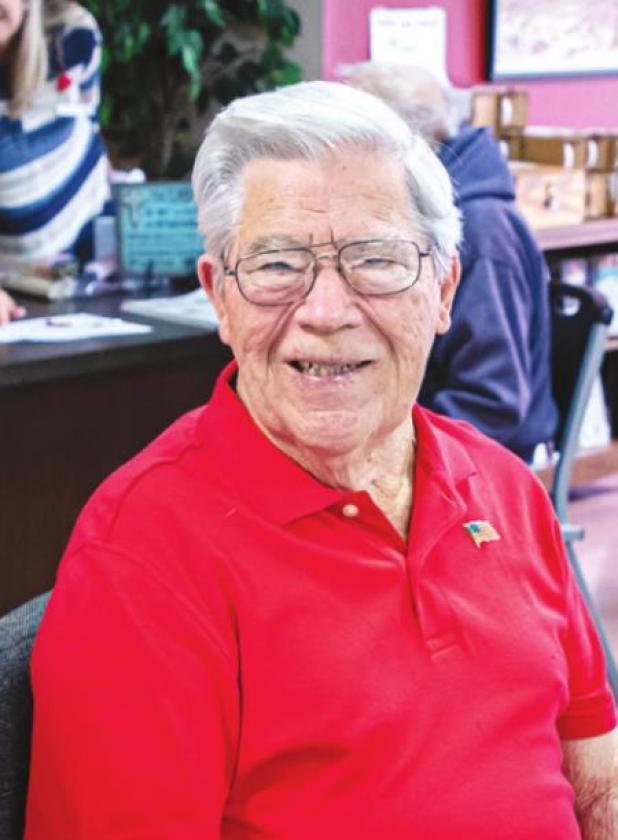 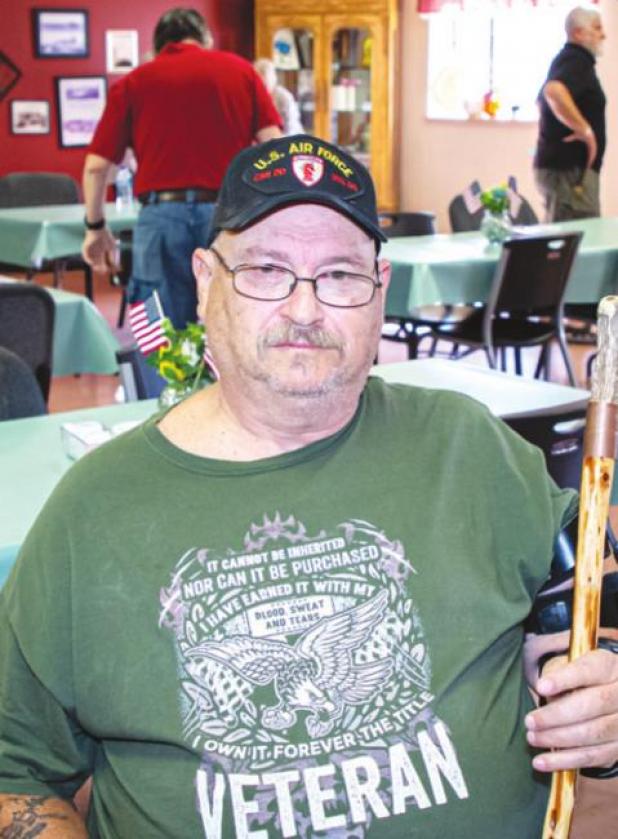 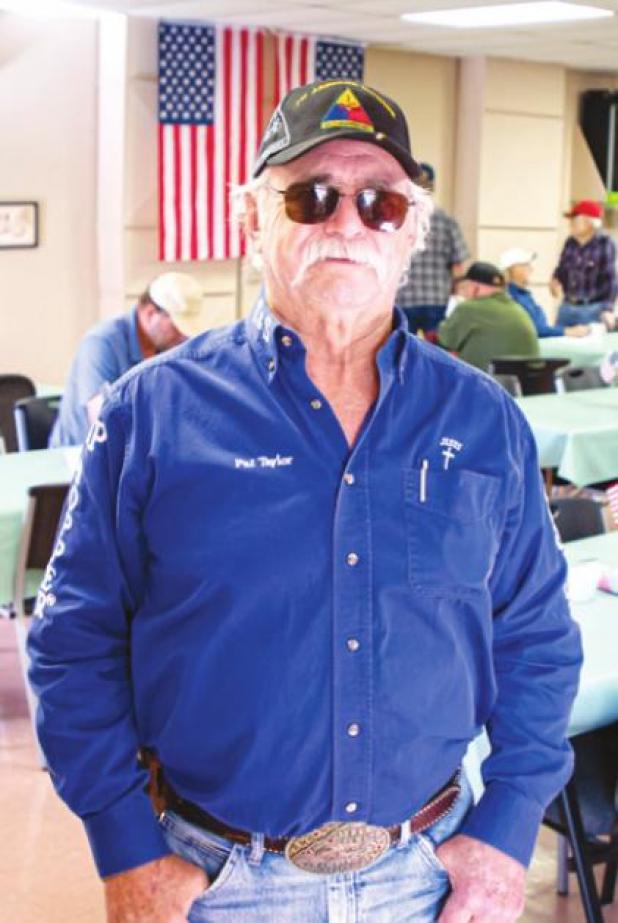 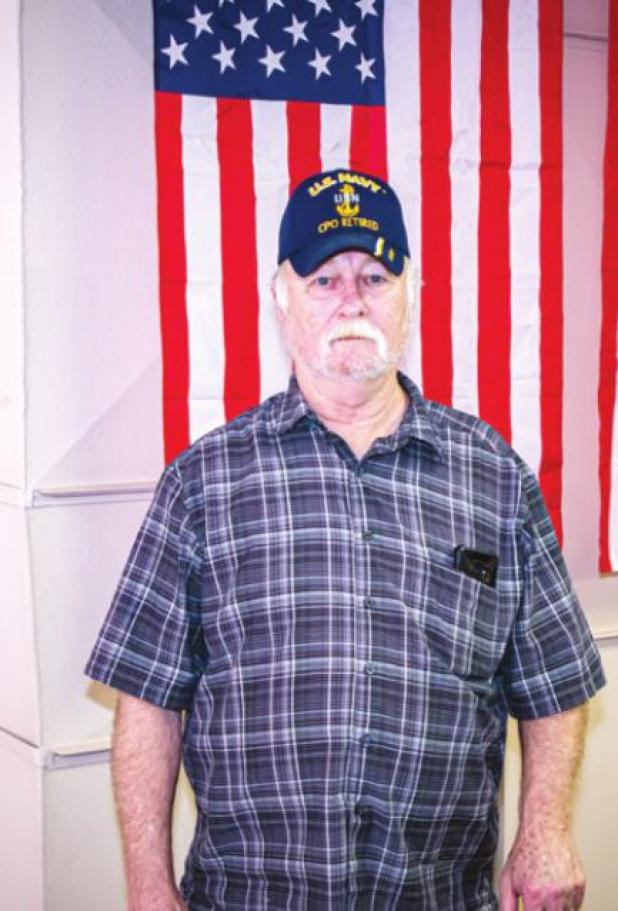 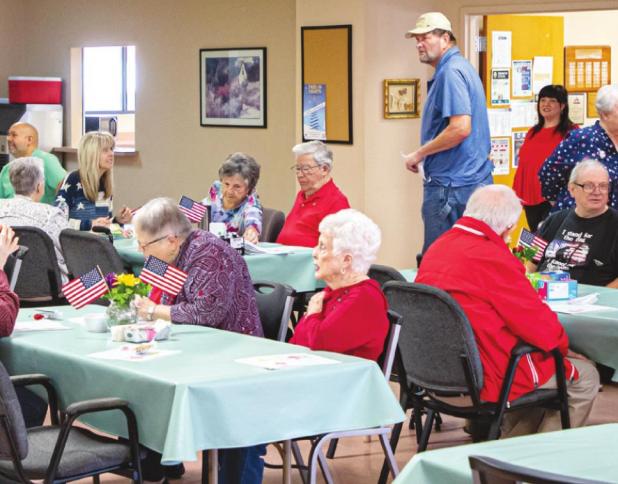 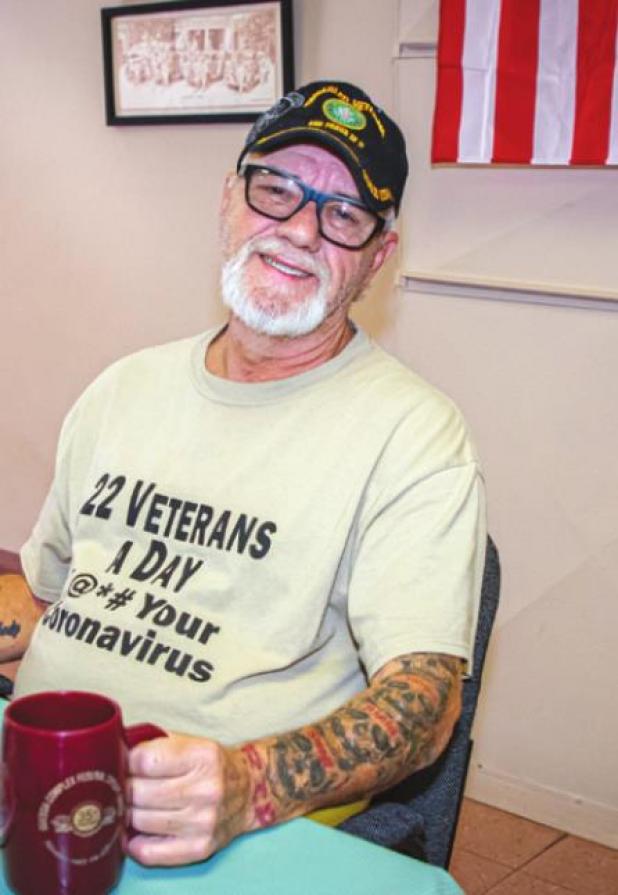 The Olney Senior Cub Center celebrated veterans Thursday, Nov. 11, with a full program that included lunch and entertainment. The program began at 11 a.m. and ended after 1 p.m., but many guests remained at the Center to fellowship with one another.

Deb Sandlin opened the program with a historical overview. She said her dad served in the Air force for 20 years and retired from teaching at the base in Wichita Falls. She gave an emotional thank you to the veterans saying, “Thank you from the bottom of my heart for making sacrifices to serve in the military.” Sandlin ended with, “Soldiers never die until they are forgotten.”

Army veteran Betty Olmholt presented facts about the “Tombs of the unknown Soldiers” and briefly commented about the women who participated in the “Changing of the Guards.” Her speech was focused on the origin of the “Remembrance Poppy” that she handed to the guests.

“After World War II, the poppy flourished in Europe. Scientists attributed the growth to soils in France and Belgium becoming enriched with the lime from the rubble left by the war From the dirt and mud grew a beautify red poppy,” Olmholt said. “The red poppy came to symbolize the bloodshed during battle following the publication of the wartime poem, ‘In Flanders Fields written by Lieutenant Colonel John McCrae who served on the front lines.”

Pastor Chad Edgington (First Baptist Church in Olney) was asked to do the invocation before lunch. Before his prayer, he referenced Romans 13:7, emphasizing giving honor to those to whom honor is owed and thanked the veterans for their service, stating that “Freedom requires a great sacrifice, and we are thankful to you for the sacrifices you’ve made.”

After lunch, Judge Stan Mahler led the guests in singing “The Star-Spangled Banner,” followed by a special song he sang to the veterans. He mentioned that his dad was one of the triplets born in Olney Hamilton Hospital and served in the armed forces.

Also in attendance was Young County Veterans Service Officer Douglas Magneson. He told the veterans that he appreciated their service and stated that he is at the Olney Community Library and Arts Center on the first Tuesday of every month to help veterans, urging them to give him a call if they need any assistance. His phone number is 940.521.1849.

Many of the veterans who attended the event shared how grateful to be honored.

Robert Melton drives from Loving every Wednesday to play bingo at the Sr. Cub Center. He said he was happy to attend the event in honor of his dad, who served in the U.S. Navy during World War II.

“My dad was stationed in Hawaii, and his troop pulled out right before the bomb was dropped on Pearl Harbor,” Melton said.

U.S. Army veteran James Epperson ate lunch with U.S. Marines veteran Wendell Flanders and shared how happy they felt to be recognized for their service.

“We appreciate the people at the Senior Cub Center who took time to put on an event that honors veterans. It means so much to the veterans in the community,” Flanders said.

Navy Veterans Mike Downey and Dan Ferris drove in from Graham to attend the event.

Dan Ferris said, “Events like this are great because I think we need to have more people step up and take better care of our veterans. We need to focus on the folks that made our place here possible.” Dan said he and most veterans stand behind the quote on his T-Shirt. “I stand for my flag. Beside my brothers and in front of my loved ones.”

The Olney Senior Cub Center is located at 302 S. Avenue B. in Olney. Please help support the Center by purchasing lunch and making donations so they can continue to have programs like the one honoring veterans and continue to bring a ray of sunshine to the lives of our senior citizens.