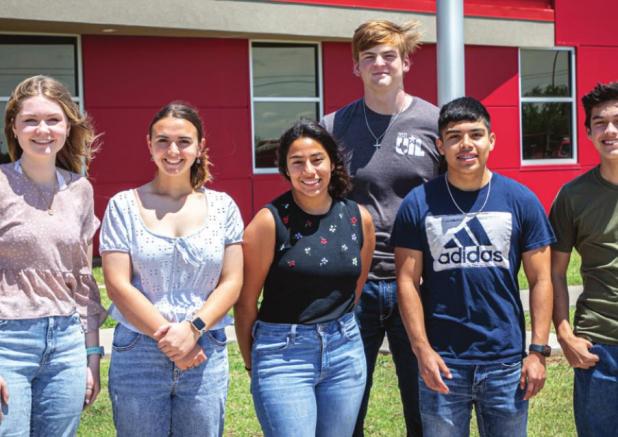 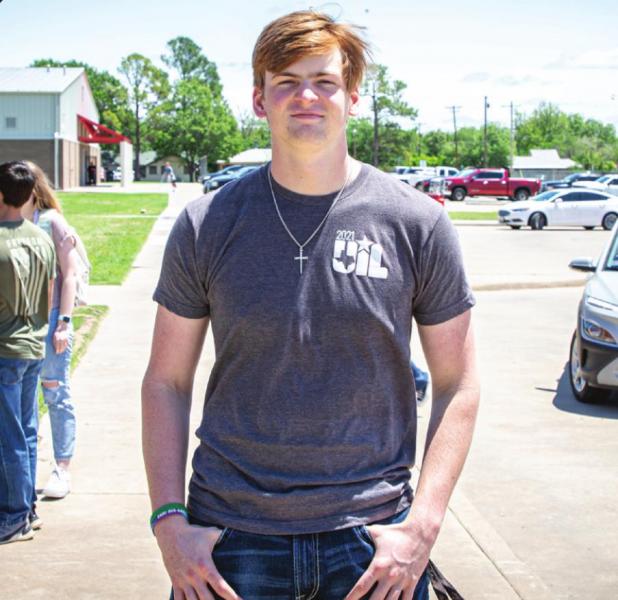 Seniors Roach and Kulhanek, both 18; junior Martinez, 17; sophomore Alvarado, 15 and freshman Bitner, 15, headed off to the UIL State competition in Austin May 5.

The fast-paced number sense test features 80 problems students tackle in 10 minutes. Then, they work on the problems individually - doing the problems in their heads - and combine their scores at the end of the contest.

“You can’t show any work you have to show everything mentally. It’s a fast-paced test where you are trying to get a lot of problems done in the time you have,” Bitner said.

Roach said they prepared for the contest by drilling on test-taking, multiplication and square root tables in their classes.

“We’ve developed techniques that help us make those problems go faster,” she said. “We try to take multiple tests because since it’s only a 10-minute test, the more you take, the farther you can go, and you are also trying to work on accuracy.”

Alvarado said he learned from his performance at the regional level to slow down and read the problems carefully - as a few mixed-up numbers weighed on his regional performance.

Martinez said the math team had loaded their calculators with formulas to help them with various problems in the 40-minute math test. “It has a combination of everything - geometry, trigonometry,” she said. “Our calculators help us most of the time, and Mrs. Hantz helped us explore them even more so we can do more problems, and it’s gotten a lot easier because we have explored them more.”

Kulhanek faced an hourlong accounting test in which he had to analyze and complete financial statements. “It’s you know it or you don’t know it,” he said. “I’d say there is definitely a little nervousness going to the state level because at that point you’re with the best of the best.”

The students named Lindsay High School in Lindsay, Texas, their biggest competition in the math space. “They are always just a step ahead of us, but we finally beat them in mathematics at regionals,” Roach said.

Edgington also is looking forward to her debate competition on May 24- 25 in Austin. In the Informative Speaking competition, she will select a topic from among the five topics. She then has 30 minutes to prepare a speech of up to seven minutes, using research she gathered before the contest.

Edgington spoke on the U.S. Supreme Court nomination process of Ketanji Brown Jackson and about the political differences between French presidential candidates Emanuel Macron and Maureen LePen at the regional competition, where she placed second. She also is wary of opponents from Lindsay High School. “Lindsay is still someone in speech and debate to that we have to watch out for - but we beat them last year,” she said.

Being part of the debate team has helped Edgington find her ambition to major in political science, she said.

“I want to have something to do with the po-litical system - that really interests me, whether I become a lawyer or run for office. But I think that through doing debate, I have found out that I like it and I’m pretty good at it,” she said.

Kulhanek, Bitner and Alvarado also plan to use their math skills to pursue careers in engineering. Roach plans to major in accounting and mathematics, and Martinez wants to use her math brain to enter the medical field.