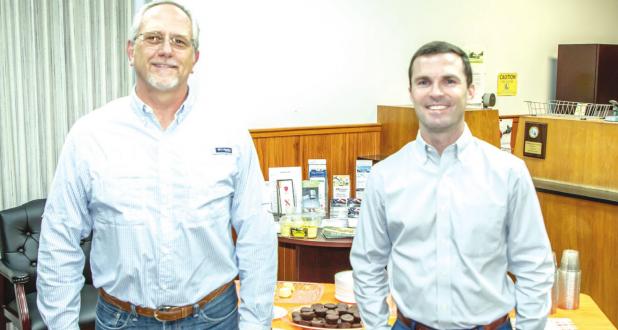 Major Phil Jeske served his last day as Mayor on Monday, Nov. 9 as Rue Rogers takes the reigns as the Mayor of Olney. Rue Rogers was sworn in as Mayor after the citizen comment period, alongside new council member Tom Parker.

The council thanked Mayor Phil Jeske for his many years of service before Rue Rogers was sworn in as the new Mayor of Olney. Rue Rogers has worked with Jeske for three years now, as Rogers was appointed as Mayor Pro-Temp in 2017. Jeske has been apart of the city council for almost three decades stating that “just knowing that you are doing something to help the city. My family lives here and I have a lot of friends and family members that live here and it just feels good to help the city grow and hopefully do some of the things that you feel like should steer the city in the right direction for the long term,” he said.

Jeske states that he has enjoyed helping the younger and less experienced council members get their feet off the ground and learn the ropes so they can move forward. “It is always good to see those new council members mature and get to the point where they can be high level contributors to the longevity of the city,” he added. The now former Mayor states that Rue Rogers along with the rest of the new council will doing a excellent job and has the upmost confidence that the council will continue to lead Olney forward.