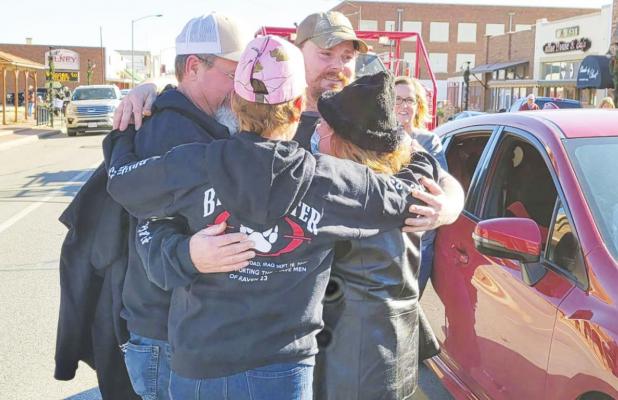 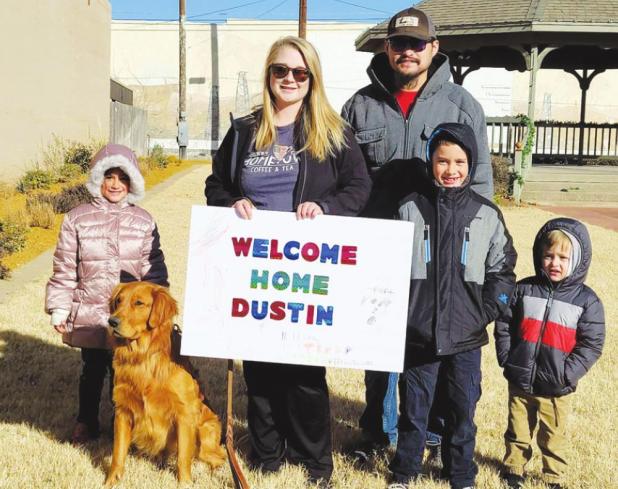 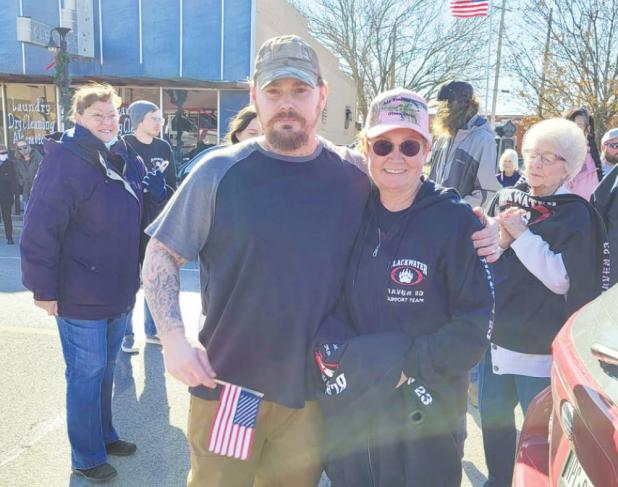 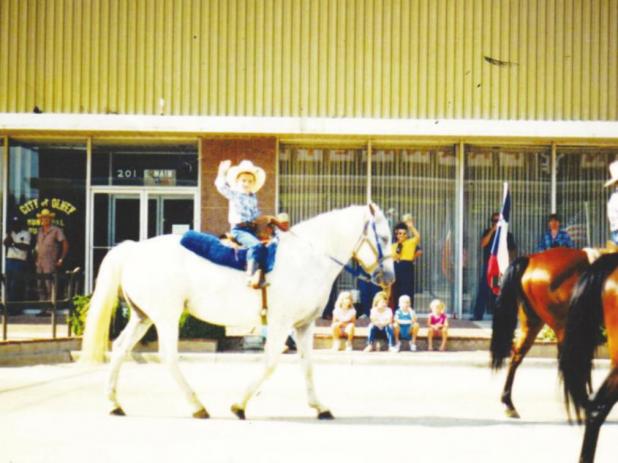 Family and friends gathered on both sides of Main Street in Olney to welcome our hometown hero, Dustin Heard, who was among the Raven 23 aka Biden Four that President Trump pardoned recently. As Olney’s Finest escort ed Heard down Main Street on Christmas Eve, you could hear the crowd’s cheers over the sirens.

After Heard’s imprisonment for six years and two months, he was emotional as he stepped outside the car to greet everyone. He stood in the middle of Main Street, embracing his family, including his dad Stacey Heard and his aunt Leatha Hirsh. Hirsch fought tire lessly with award-winning journalist Gina Keating to raise awareness about the Raven 23 trials’ injustice.

“It important to her to organize the welcome home parade so Dustin could see how much support he has in his hometown. The parade was a last-minute event, and we are grateful to everyone who was able to come out and support him,” Hirsch said. The Gallardo family was among many others who made welcome home signs. Heard is pictured accepting the banner from the Gallardos upon his arrival in Olney.

Senator-elect Drew Springer (District 30) was influential with the presidential pardon. Springer shared his excitement about the release with Olney Enterprise, stating, “I am extremely excited that those soldiers get to come home. I am surprised that it has taken so long for them to be released. I will support him any way I can.”

“Dustin Heard is a decorated combat Marine, and we believe the President exercised his constitutional powers to check and balance another branch of government who got it wrong. Our constitutional system provides for this action, and on the facts of Dustin’s case, the President did the right thing where the courts, in this instance, came up short. Partisanship aside, Dustin is an American who fought in uniform, and to protect American diplomats in an unforgiving war zone. To send him home to his loving family before the holiday is befitting of our country’s traditions of the rule of law,” Maher told Olney Enterprise.

Welcome home, Dustin. It has been a long journey, but you’re finally home.