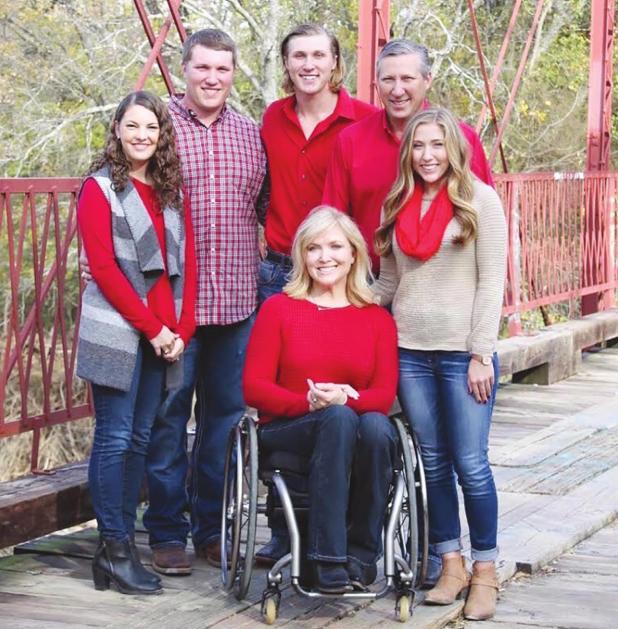 Rep. Drew Springer is running for two offices. He is seeking to be re-elected as your state representative in the Nov. 3 primary election. Also, Springer is running against Shelley Luther to replace Senator Fallon in District 30. Gov. Abbott has set Dec. 19 as the runoff Election Day. If Rep. Springer wins the Senate seat, he will vacate his position as a state representative. Another special election will be held to fill Springer’s vacancy in the House of Representatives.

Regarding running against newcomer Shelley Luther, Rep. Springer said being a senator entails more than just being upset with the governor for not opening Texas up.

“My opponent is trying to differentiate herself by running on something we both agree on - Texas should be 100 percent open and citizens should make their own choices about wearing masks,” Springer said. “But there is more to being a state senator than yelling at the governor, issues like education, rural broadband, water rights, and fighting for the passage of legislation that ensures a strong economy for the district you represent.”

Rep. Springer remains confident that the constituents in District 30 will select him based on experience and the things he has accomplished in his current role.

“In the first round, we had a large field of six candidates, one of which was a national celebrity that has been on Fox News multiple times,” continued Springer. “Going into the runoff, we now have the opportunity to point out the clear differences between the two remaining candidates and demonstrate the importance of having an experienced conservative represent us in this role.”

Rep. Springer has fought for legislation that benefited businesses like Olney Hamilton Hospital with Medicaid funding and other rural health care challenges. He has actively participated in economic development to help companies like Air Tractor.

“We support initiatives that keep jobs in rural Texas. I want to partner with businesses to help them keep the hundreds of jobs that they provide the community, and many of the incentives will not cost the taxpayers any money,” Rep. Springer touted.

While Rep. Springer has worked closely with Olney’s businesses, he said he is running for senate because that position allows him to do more.

“You have more ability as a senator to put your input into every single issue that comes up as opposed to being a specialist as a representative. My specialties as a representative have been rural issues and taxes. As a senator, I will be able to do more in areas like public education and healthcare and fight to ensure rural broadband to every single Texan,” Rep. Springer said.

Not only does Springer have a heart for strengthening the local businesses, but also, he has a heart for residents like Dustin Heard, one of the four soldiers involved in Raven 23. Rep. Springer has been instrumental in raising awareness to get a presidential pardon.

He explained, “Every now and then, you get unique causes that require representatives or senators to lean the weight of their title against the government to do the right thing, as with the four gentlemen with the Raven 23. I’d like to think that the letters we’ve written and the things we’ve done helped push the needle in their direction. We haven’t got the results we want yet, but we are optimistic. I am hoping that when the election is over—win or lose—that President Trump recognizes the outreach and our support for the four guys who served their country and who did what we asked of them; They need to come home.”

Rep. Springer’s final call to action to all voters in Olney and Young County is to vote Nov. 3 or earlier, if possible.

“Throughout my time in the Texas House, I have worked hard to earn the support and trust of the citizens of Olney and I hope they will vote to promote me to be their senator. Turnout in December will be low, if my constituents in Young County turnout and convince their friends to turn out, they can magnify their influence on this election and ensure a strong victory on Dec. 19,” Springer concluded.