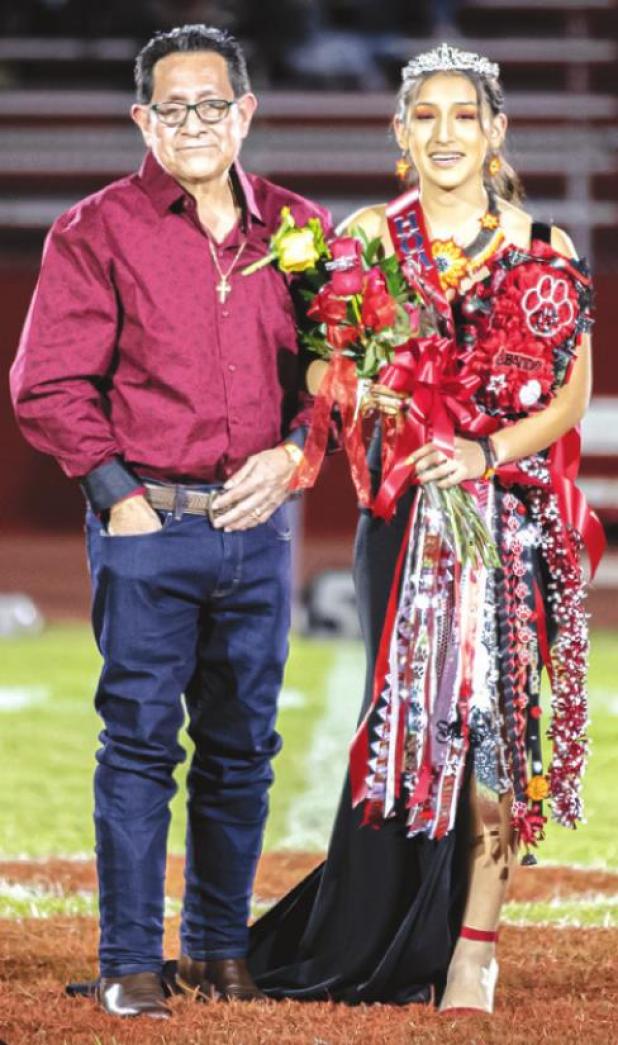 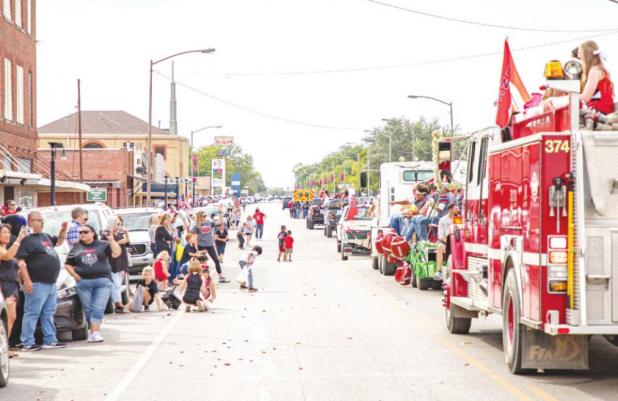 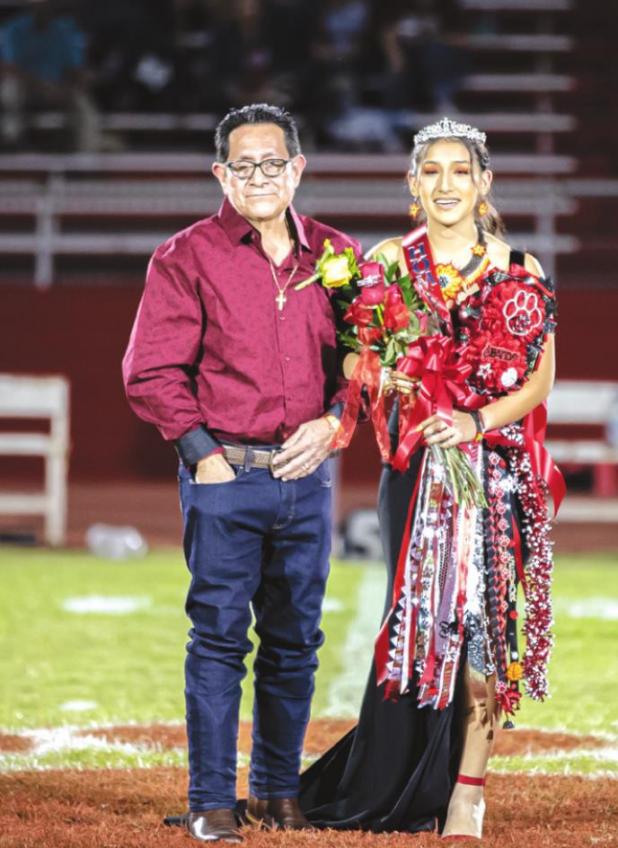 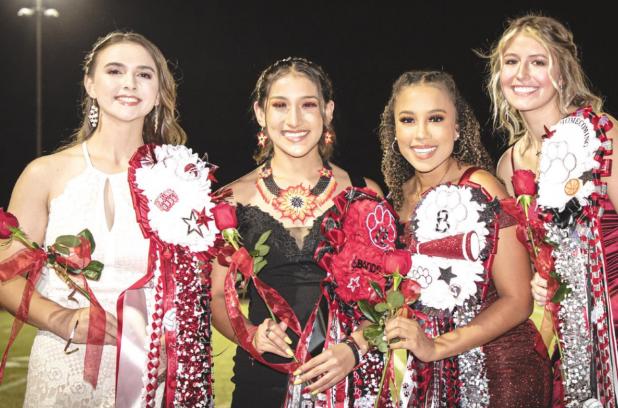 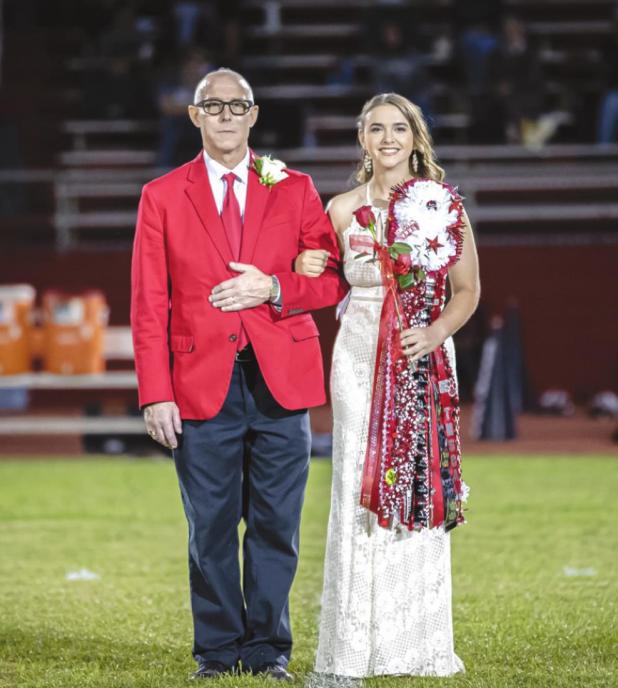 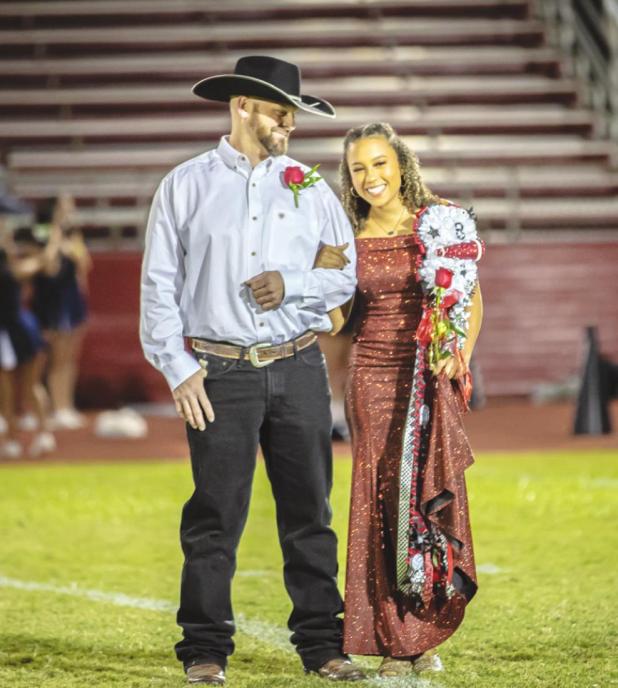 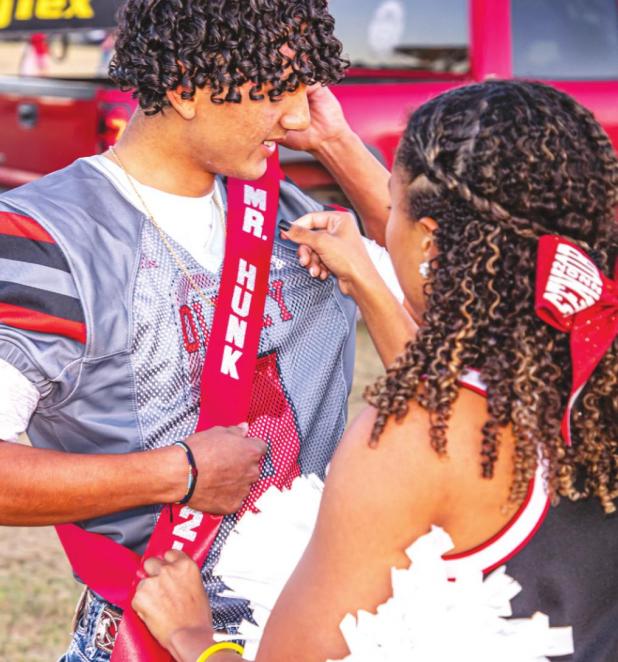 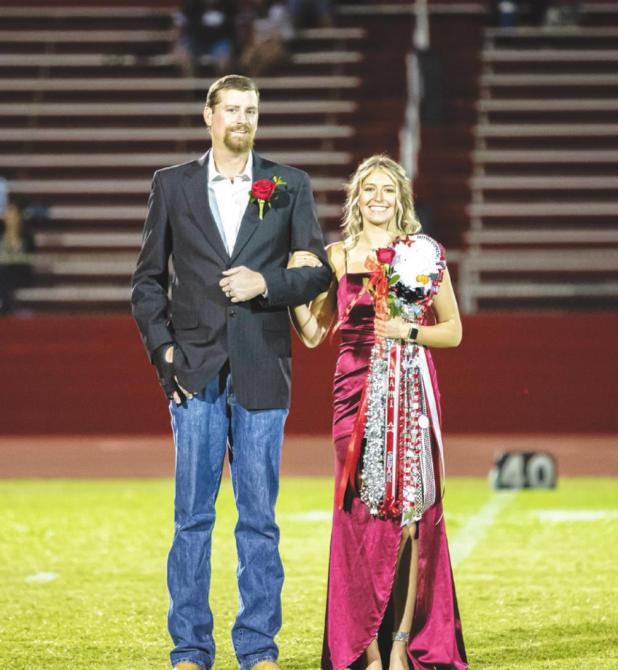 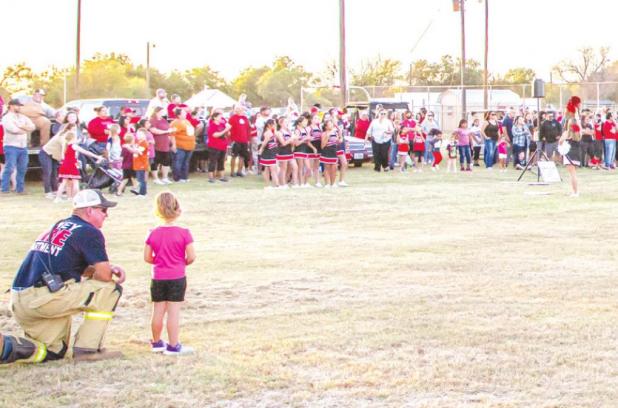 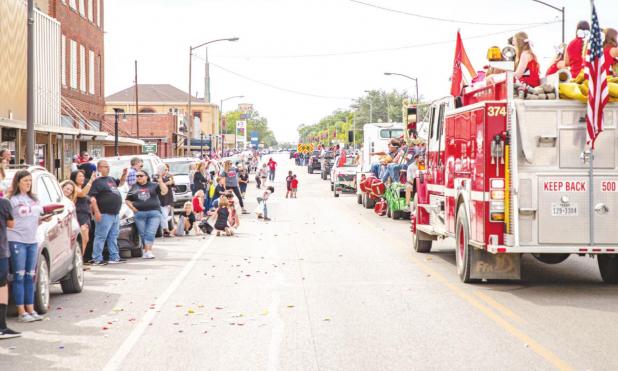 Sept. 24 began quietly with students praying around flagpoles on the Olney ISD campuses. As dusk approached Olney, the town met at Griffin Park to cheer on the OHS students as they celebrated Homecoming and crowned this year’s

Hunk. The student body chose Alex Flores as this year’s Hunk. Flores is a student athlete involved in many extracurricular activities, including taking photos in the yearbook class. After many festive and spirited cheers led by the OHS and OJH Cheerleaders coupled with musical performances by the Pride of Olney Marching Band, the Seniors of OHS formed a circle to light the bonfire. The Senior Varsity Football players gathered around to light mops, then tossed their flaming mops into the four story high pile of wood and debris. The fire ignited slowly, but once it flared, it lit up Olney with a six story inferno. The flames reflected the faces of students and parents laughing, talking, and taking selfies as the event wound down.

On Friday, Olney got very loud and very red as OHS began celebrating Homecoming weekend. The town of Olney put on their best Cub swag and filled the streets with excitement about the official kick-off to Homecoming weekend with the traditional parade down Main Street. The parade featured the Homecoming court. The nominees for Queen were Brie Hagle, Kami Bednarz, Natalie Del Villar and Sarah Roach. The nominees were dressed to the nines and road on top of their vehicle of choice, including one boat.

The Homecoming parade was led by the Pride of Olney Marching Band. Hallie Cuba, drum major, proudly marched the band down Main Street. The many Cubs and Lady Cub sports teams followed behind the nominees riding on top of fire trucks, trailers, pick-ups and a boat. Olney Police Department, Olney Volunteer Fire Department, and Olney EMS escorted the parade down Main Street, which ended at the OHS gym.

Friday Night Lights for Homecoming had the Cubs hosting the Dallas Westlake Blacksmiths. The Cubs hammered at the Blacksmiths with their relentless ground game and smothering defense to secure the victory by a score of 37-21. Jim Hammond of Fort Belknap was determined to make sure the OHS Homecoming football game was a great success by bringing a cannon to fire each time the Cubs scored. The cannon fire could be heard throughout Olney, with mostly overwhelming love and a few grumblings.

After the Cubs finished putting a whooping on the Blacksmiths, the crowd gathered around the stadium field, congratulating the Homecoming Queen and taking many selfies to mark the special occasion.