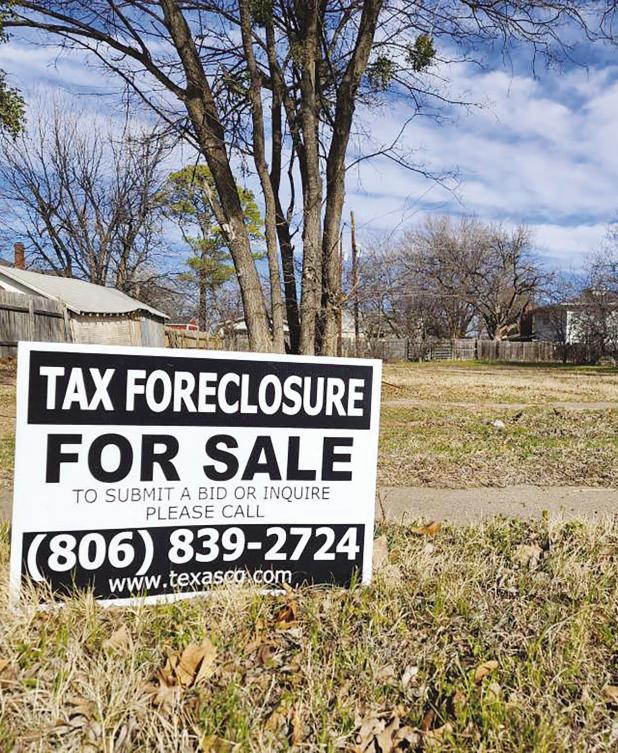 The City Council voted on Jan. 13 to relist about 20 foreclosed lots after tweaking bidding rules to ensure that buyers build houses on them within a year of purchase. The Council removed the lots last November from the Texas Communities Group website after receiving and rejecting bids from would-be buyers who failed to submit home plans that followed guidelines for the lots’ sizes and locations. The Council also voted to combine contiguous lots into one parcel to allow would-be homebuilders to construct larger homes.

“They had all been pulled off and we were revising some different working and asking for more specifics on what to submit with the plans, etcetera, and … this other [rule] with the contiguous lots,” Mayor Rue Rogers told the Council at the special noon meeting. “But get that reposted and get that process up and going again.”

The City has not set a date for when the lots will be relisted but City Administrator Arpegea Pagsuberon said “it won’t be long.”

Mayor Rogers said action on the foreclosed lots comes as the Council seeks developers for the infill lots. “There are people who are interested in some of these lots but we have to make sure that the process is in place for them to submit a bid so they can buy lots,” he said. “Since we had retracted that, they couldn’t. They are now welcome to see what lots the city owns and if they want to place a bid then everyone is welcome to.”

Bidding on the lots will stay open for 30 days after the first bid to “give everybody else the opportunity to reach out,” Mrs. Pagsuberon said. “Then it’s closed and the bids are taken to Council.”

Bidders “who comes with the best package will get the most consideration,” Mr. Parker said. “They have six months to start [construction] and a year to show progress.”

The Council has repeatedly turned down bids on the TCG website [texascg.com] when buyers failed to disclose what they planned to do with the lots and when. The rules are meant to prevent out-of-state developers from purchasing the lots and sitting on them, while encouraging hometown buyers to build homes.