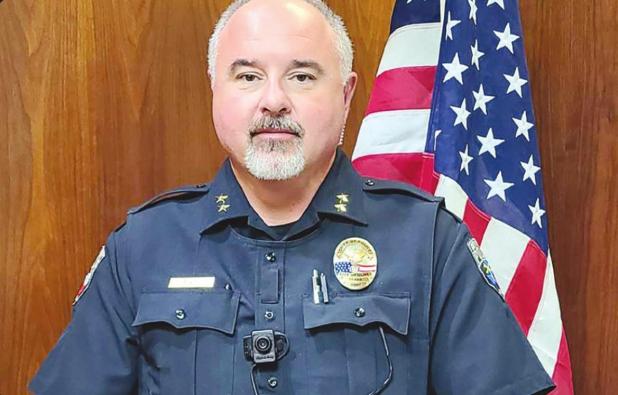 Chief Birbeck: Burglaries are down, but citizens need to take precautions

Olney Police Chief Dan Birbeck said burglaries in Olney are down, and arrests are up.

“We have made some substantial arrests. We are working on the cases and seeing prosecution. We are investigating and following up. Since July, we have made 78 arrests in Olney, which is huge for an agency our size,” Birbeck said. “The arrests span the gamut with everything from narcotics to burglaries to unauthorized uses of motor vehicles, cruelty to animals and family violence.”

“Domestic violence is here in Olney. The police department has a zero-tolerance approach when it comes to domestic violence. If we are called out on a scene, and there are signs of assault, an arrest will be made. Whether that man or woman wants to press charges or not, the state will carry the charge,” Birbeck said.

As far as drug arrests, Birbeck said no community is exempt from dealing with drug-related crimes.

“I don’t think any small or large community for that matter is not facing drug-related challenges. We have stepped up our enforcement on it. We have suppressed it, and people understand that when we are working, we will make stops, search cars and serve warrants on houses and things like that. We are doing well with addressing the drug issue in town. The officers are more hands-on now,” Birbeck said. “As we stay on top of the drug issue, we are starting to see that other crimes related to drugs, for instance, the burglaries, car thefts and break-ins, are beginning to drop.”

Birbeck said there have been 26 burglaries since July, which includes vehicle burglaries.

“In a small town, people feel comfortable sometimes leaving their vehicles unlocked. Then there are the opportunity thieves that go around pulling door handles, hoping to find an open car. We’ve had several cars that have windows busted out. In some cases, there is a motive behind it, and in other cases, it was just random,” Birbeck said. “If you leave a purse or something of value in your car, it will attract thieves. With 26 burglaries, we are averaging 3.7 burglaries a month. In the same period last year, we averaged 5.25 burglaries a month.”

OPD is arresting more burglars and recovering more stolen property, which is leading to more prosecutions. Birbeck said since July, they have had 1,213 calls for services. With the 78 arrests, they have had 1,064 citations, have issued 29 criminal trespass warnings. Also, the chief said, “We have written 99 incident reports and 175 offense reports, and 72 supplemental reports. We’ve followed up investigations on 175 offense reports.”

Birbeck said that he wants the citizens to know that the officers are busy doing the job.

“We are always following up on cases, and if there is anything we can catch a lead on or investigate, we are trying to do that, too. Sadly, thefts are on track with the previous year’s numbers. With the summer months coming, foot traffic will increase. I urge citizens to secure valuables around the house, in vehicles, garages and yards. Thieves are looking for an easy payday! Let’s make it a challenge for them. When you see something, say something! The police department has limited staff and relies on the community to report suspicious activity and people. If something does not look right, it probably isn’t, so make the call. I would prefer us to take a call, and it is nothing than to respond later to theft or something worse. Sometimes officers just making contact with individuals will deter criminal behavior. I cannot stress this enough; I highly encourage citizens to call.”

In the spirit of keeping up the momentum in the Olney Police Department, Birbeck said the department is looking to continue building its ability to resolve community problems.

“My main focus right now is to get our open cases to the finish line and then to fill an investigator position. Once we do that, I think we will be in a really good position. We have received good feedback from the community, and I want to keep that momentum going,” Birbeck said.

To stay current with the Olney Police Department, visit their Facebook page.