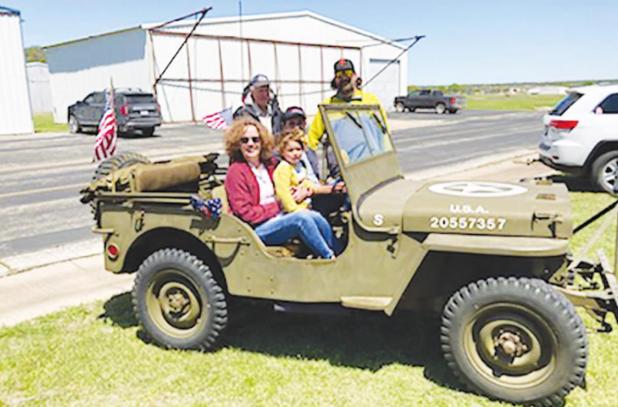 The Commemorative Air Force has arrived in Young County. On Saturday, April 20, a fly-in event was held at the Graham Airport. The event included World War 2 artifacts from the Robert E. Richeson Commemorative Air Force Cactus Squadron, as well as the only flyable Curtiss SB2C-5 Helldiver—which is a 1942 Navy dive bomber. Visitors of the event were able to fly in an N40121 Aircraft, which is a 1990 classic aircraft with a fixed wing single engine that holds two passenger seats. Visitors of the event were also able to drive in a 1944 World War 2 Jeep.

Mike Rhodes, who is a Chief Test Pilot at Air Tractor in Olney, Tx, made this event possible alongside his father. Rhodes is involved in Ag aviation, aircraft manufacturing, and is an aerospace engineer. He is also a part-time flight instructor. Rhodes was able to get others involved to make this event a reality---including Will Farmer, Steven Nalli, and DJ Meschkat. This event was the first of many to come--bringing awareness about the history of aviation both locally and nationally.

“The idea is to get members back into the commemorative Air Force,” said DJ Meschkat.

Mike Rhodes father, Mike, is still a member of the Commemorative Air Force and was a pilot up until the early 2000s.

“The turnout was phenomenal. A lot of people flew in and a lot of people just drove with kids and families. It was just a lot of fun,” Meschkat added. According to multiple attendees, the event had over 100 people in attendance.

For further information regarding the organization and how to become a member, you can visit commemorativeairforce.org.