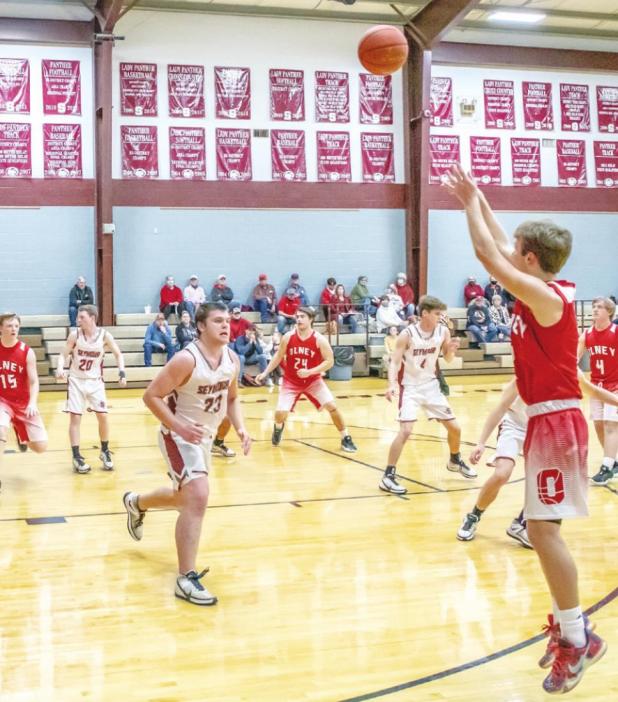 During the first quarter #2 Carter Hinson scored early with 3 from the outside. Panthers played aggressive and came away with 16 points led by #23 Trepanier, leading the quarter with seven points.

The second quarter ended with only 3 points being put on the board by the Cubs while the Panthers scored 11. #12 Cole Turner was fouled and sank both buckets, along with #15 Cooper Lane sinking one bucket for his foul. #11 Wright of the Panthers, lead the pack with 6 points.

Moving into the third quarter, #2 Carter Hinson sank a 3 pointer that was all net, and #23 Carter Turner was good for 2. #22 Willden of the Panthers lead his team this period with 2-3 pointers. The Cubs scored 11 while the Panthers scored 15 for this quarter.

In the final quarter the Cubs came alive scoring 15 on the board. Hinson played with intense focus, determined to hit a career high of 1000 points this game (more on that story in an upcoming issue). Hinson, hit on 2 jumpers for 4 points and racked up another 6 points from the free throw line. #11 Gatlin Guy sank one at the free-throw line as well, and #13 Peyton Kulhanek had a jumper for 2. #23 Carter Turner sank a free throw to give the Cubs a score of 15 for the fianl quarter. The Panthers put 11 points on the board finishing game play. #20 Gilbreath lead the way for the Panthers with 4 points.