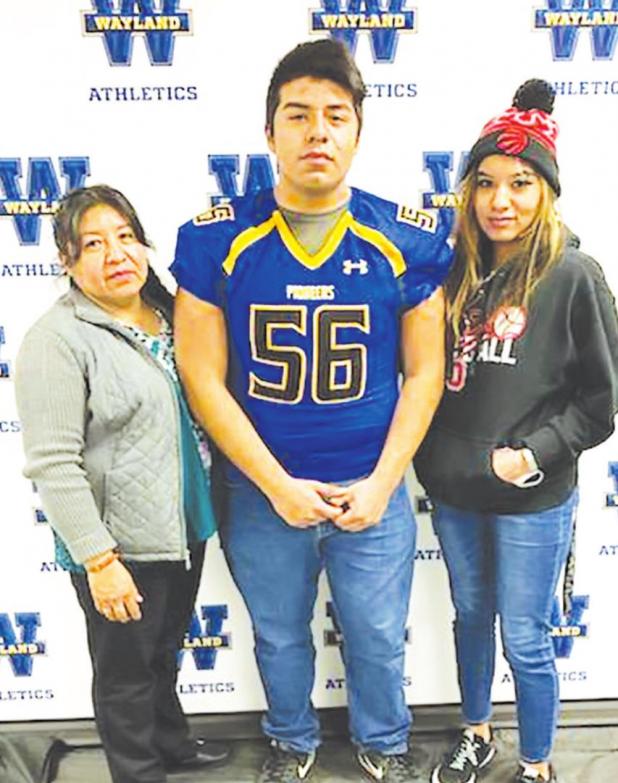 “I can truthfully say that my senior year has been the best year of my high school career. I achieved many goals that I thought were long shots, “ said Olney high school student Hector Hernandez.

Hernandez has had an eventful year, as he recently committed to play football at Wayland Baptist University starting in the fall. Hernandez was a vital part of the Olney football team this season that made the playoffs for the first time in over a decade, playing on both the offensive and defensive line for the Cubs.

“They called me [Wayland] and they were excited to tell me and I gave the vibe right back. I was very content about my decision to commit there, “ Hernandez said. He plans to graduate with a Bachelor of Science in Psychology and then further his education by getting his Master’s degree as well. Hernandez states that his ultimate goal is to go to medical school to become a psychologist.

His favorite part about this season was “when we won and achieved a playoff spot against Munday.” Hector discussed his greatest achievement which he said “would have to be signing the commitment letter to Wayland in front of the Olney Cubs football team. I felt incredibly happy and I felt that I inspired my younger teammates to push their limits,” he added. When asked what advice he would give to younger students, Hernandez said to “have self-discipline. Bettering yourself by making smart decisions. Having self-control will strengthen your mind to be better.”

Last, but not least, was Hernandez discussing who had inspired him to be the person he has become. “My inspiration would have to be my oldest sister, Esmeralda. She didn’t have the same opportunities I had and she kept pushing me to do more things--to keep doing more activities. She was there when no one was. She has never let me down.”

Hector will also be playing in the Texas FCA All-Star football game this summer.