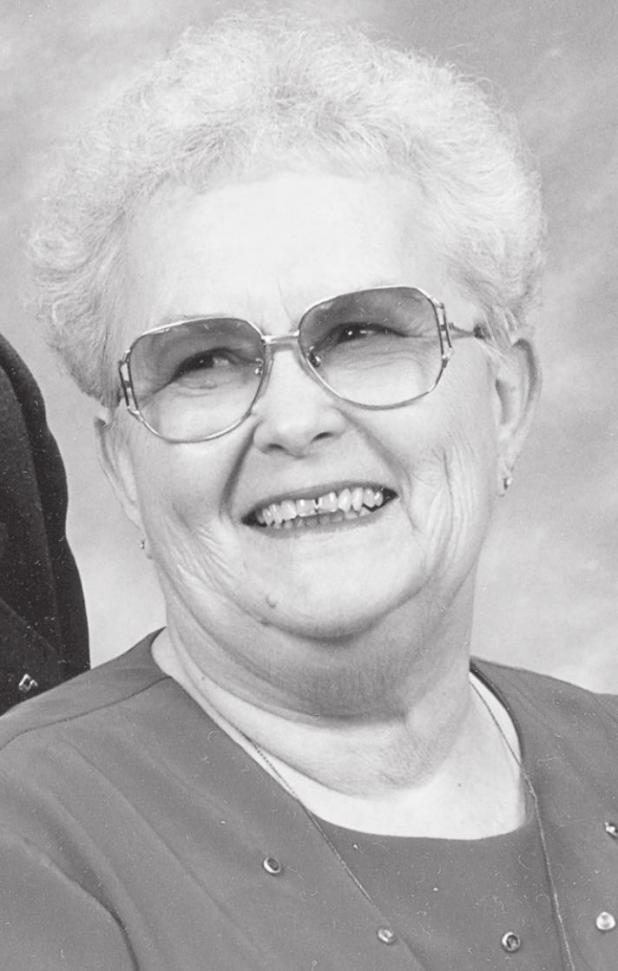 Ruby Robertson, 86, died on Thursday, May 14, 2020 at Hamilton Hospital in Olney, Texas. Funeral services will be on Monday, May 18, 2020, at 2:00 p.m., in the Chapel of Lunn Funeral Home in Olney, with Andy Graham, pastor of Southside Baptist Church, officiating. Burial will be in Restland Cemetery in Olney. Arrangements are under the direction of Lunn Funeral Home of Olney.

Ruby was born on October 9, 1933 in Olney, Texas, to the late Herman Cumpton and Audie Horton. She was a lifetime resident of Olney and member of Southside Baptist Church. She was married to Glenn H. York until his passing in 1969. Besides being a homemaker, Ruby had worked as a teacher’s aide at Olney Independent School District and worked at Electric Hose and Rubber. She loved working with plants and owned Ruby’s Nursery in Olney for several years. Ruby also loved to go camping. She married Clayton Robertson on October 11, 1980. He preceded her in death on October 25, 2013. She was also preceded in death by three children, Glen Allen York, Cecil Leo York and Patricia Ann Hall; two brothers, Don Horton and Kenneth Ray Horton; two sisters, Rosielee McClanahan and Velma Shepherd; and one great-grandchild, Tristen York.