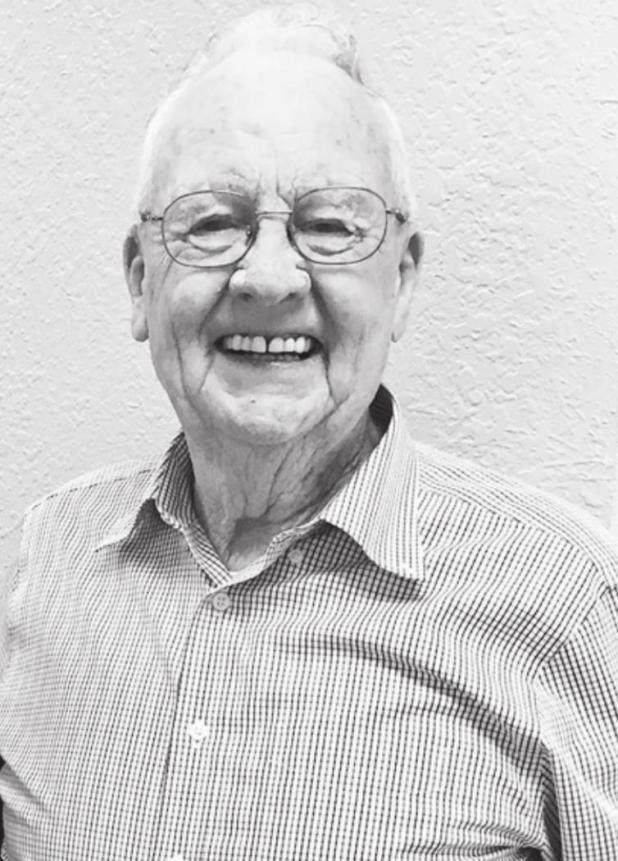 Neil Larimore passed from this life into his heavenly home on September 19, 2021. Born on January 5, 1932 in Olney, he lived 4 miles south of Olney in the True Community all of his life except 4 years in the military service. He attended True School until it closed. He then transferred to Olney and later graduated from Olney High School in 1949. Son of E.J. and Annie Larimore, he joined the US Air Force and served in the occupation of Japan and the Korean War.

Neil and Barbara Faye Black married on June 25, 1955 and were married for 66 years. Larimore served as the Executive Director of the Olney Housing Authority for 30 years from 1958-1988. During this time he served on the board of the Olney Chamber of Commerce and was one of the coordinators of the Cities of Tomorrow program in Olney in the 70’s. He was also a development and management trainer for both the Department of HUD and The Farmers Home Administration Housing programs. He served as president of the Texas Housing Association and the Rural Housing Association of Texas. Between 1988 and 1992, he was self-employed as a Housing Development Consultant for Rogers & Rogers in Fort Worth and William Swann in Wichita Falls. From 1992 to his retirement he was self-employed as a sand and earth moving contractor.

Neil has been a member of First Baptist Church of Olney since 1947 and has served as Training Union Director, Sunday School teacher and assistant to the Sunday School Director during this time.

Survivors include his wife, Barbara and 3 daughters, Cindy Crockett (Kent) of Prattville, Alabama, Brenda (Robert) Millican of Morristown, Tennessee, and Kim Tomlinson of Olney, 6 grandchildren, and 10 great-grandchildren. He is also survived by his sister, Marilyn Hannah of San Antonio, Texas.

He was preceded in death by his parents, E.J. and Annie Larimore, brother Philip Larimore, great-grandson, Corban Nahrstedt and son-inlaw, John Tomlinson.

Services will be at First Baptist Church on Wednesday, September 22nd at 2:00 pm with Rev. Chad Edgington officiating and burial in the True Cemetery. The church sanctuary will be open for visitation from 1-2 pm prior to the service.

Neil was a friend to all with no thought of social or economic status and was a great encourager to those he encountered. He loved his family greatly and was gifted at making each daughter feel like a favorite, a rare gift indeed. He humbly gave of himself to help those in need and he will truly be missed by all who knew him.