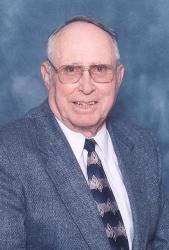 Joe was born on January 14, 1931 in Frost, Texas to the late Joe Bailey Brown Sr. and Lorene (Lookingbill) Brown. He served in the United States Army during the Korean War. He married Joyce Evelyn Smith on October 6, 1956 in Corsicana, Texas. She preceded him in death on February 1, 2009. Joe was a manager with Lone Star Gas Company for 31 years. He moved to Olney in 2009 from Cedar Creek Lake. He was preceded in death by his parents, his wife, and a sister, Sue Simms.

For those desiring, memorial contributions may be made to the hospice of one’s choice.

Condolences may be made to the family at www.lunnfuneralhome.com