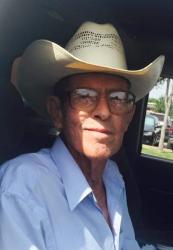 Jay was born on July 19, 1941 in Olney, Texas, to the late Ray Orville Miller and Thelma May (Lee) Miller. He was an oilfield consultant and former owner of JACO Drilling. He was also former owner of Miller’s Taxi in Woodward, Oklahoma. Mr. Miller was a widower. He was preceded in death by his parents and one great-grandson, Landon Taylor.

Condolences may be expressed to the family atwww.lunnfuneralhome.com.