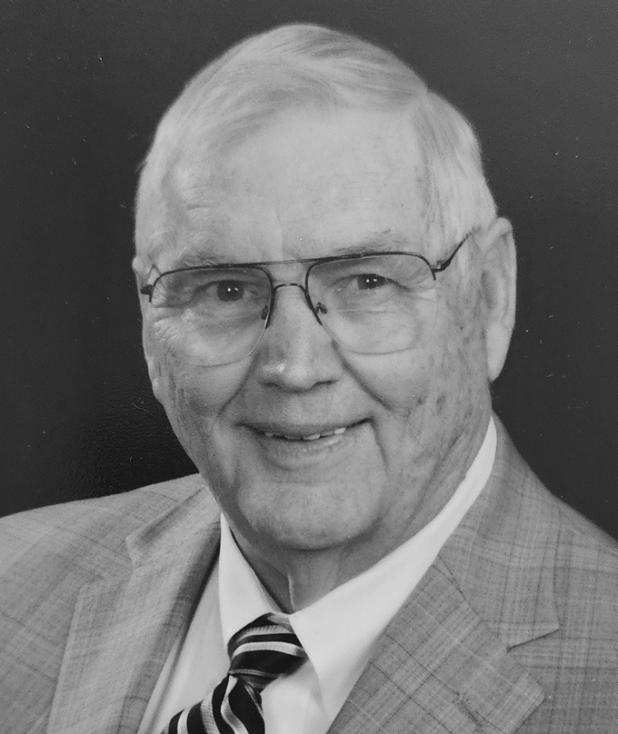 Gerald Doyle Cumpton was born at home on March 1, 1937, in Graham, Texas to Vela and Doyle Cumpton. Gerald went through Graham public schools, graduating in 1955, and receiving a football scholarship at Texas Christian University in Fort Worth, Texas. Gerald and his siblings were invited by a neighbor to attend the First Baptist Church in Graham. Gerald was saved and baptized and became a lifelong Baptist and a Christian. Gerald’s chosen profession was coaching football. He coached in several towns before taking a job in Olney, Texas where he met his future wife, Ann Myers. They were married in 1962 and settled in Olney after coaching for eight years. Gerald became the father of three children, Joseph Robert, Mary Cathrine, and John Doyle. Gerald worked at First National Bank of Olney and worked in oil production. Gerald attended and served in the First Baptist Church of Olney. He served as a Sunday school teacher, a Deacon, a choir member, served on numerous committees including a pastor search committee, and also was a part of the church’s mission trips. Gerald is preceded in death by his parents, his older brother, and his sister. Survivors include his wife, his children, and a brother, as well as seven grandchildren and one great-grandchild. He passed away on Sunday, Jan. 15, 2023, at Olney Hamilton Hospital. Visitation will be held from 6 p.m. to 7 p.m. on Wednesday, Jan. 18 at the Lunn Funeral Home in Olney. Funeral services will be held at 11 a.m. on Thursday, Jan. 19 at the First Baptist Church of Olney.