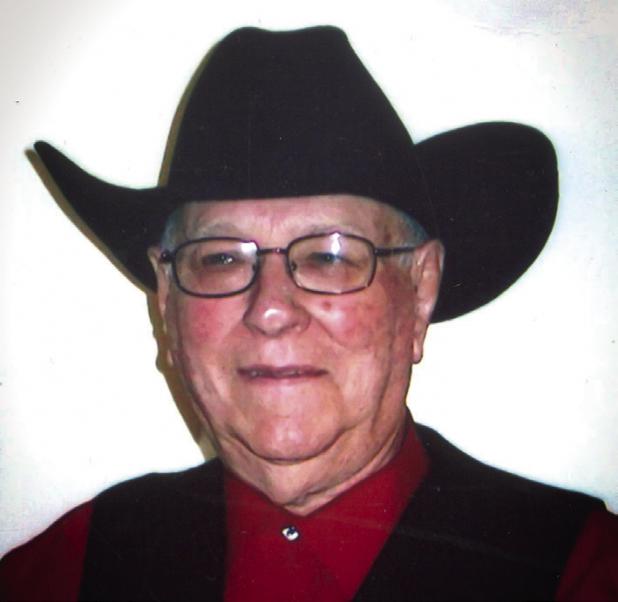 Bruce was born on October 10, 1932, in Allen, Kansas to the late Merle Delbert Simmons and Luella Beth (Leavell) Simmons. While just a teenager, he took his saddle and travelled by train to New Mexico to get his first experience of being a cowboy. He graduated from Allen High School and moved to Texas continuing his dream of being a cowboy on a big ranch. He married Joye Lewis on February 28, 1951, in Palo Pinto County, Texas, and they joined many other newlyweds by carving their initials on the sandstone wall at the courthouse. They moved from Graham to Olney in 1965 when Bruce was hired by Red Livingston to be the bulldozer operator for Megargel Drilling Company. He was known as the best dozer operator in North Texas! After many years on the dozer, Bruce became the Office Manager. When the drilling operation declined, Bruce continued working for Red as a cowboy and ranch hand at the ranch at Benjamin. After retiring, he worked in the meat market at Stewart’s Food Store for several years. Bruce loved horses, rodeos, country and western dancing and sports of all kinds. He was a great supporter of his grandchildren and great-grandchildren by attending their sporting events and other activities. He was a member of the Young County Masonic Lodge #485. After Joye’s passing on December 5, 2011, Bruce rekindled his love for dancing. He went dancing weekly with a group of friends from Olney and Archer City. This is where he met Patricia “Tom” Alexander and they were married on January 16, 2014, in Olney.

Bruce was preceded in death by his parents; his first wife, Joye; his sister and brother-in-law, Carol and Arlon Bryson; his brother, L.M. “Bub” Simmons; his sister, Judy Boline; and his step-daughter, Shari Ann Haigood.