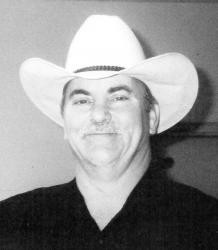 Bobby Don “Grumpy Cat” Blair, age 64, of Archer City, Texas passed away Thursday, January 17, 2019, at his residence. A memorial service will be held at 2:00 p.m. Tuesday at Southside Baptist Church in Olney, Texas with Andy Graham, Pastor, officiating. Private interment will follow in the Archer City Cemetery under the direction of Aulds Funeral Home of Archer City. Bobby Don Blair of Archer City, Texas was born in Throckmorton, Texas to Bobby Lee and Florence Blair on December 24, 1954. His side of the family and the people he grew up around called him Donnie. He grew up in Olney, Texas with his parents and older brother Dwight. He married Vicky Worley on February 11, 1984. Her side of the family and their friends called him Bobby. The two names confused a lot of people, but the recent nickname “Grumpy Cat” finally gave both sides common ground. His favorite sport was football, but he would try anything athletic. After leaving the Marine Corps, he worked in the oilfield, as a heavy equipment operator, in road construction and as a truck driver until his medical issues forced him to retire in 2008. He had a very strong love for God and truly enjoyed going to church, but due to health issues, had not been able to attend since the end of May 2017. Aside from God, his truest love was for his family. Bobby had two sons from a previous marriage, but he and Vicky had a son and daughter together. The thought of “half siblings” or “step sons” was never an issue and all of his children were loved equally by both Bobby and Vicky. Aside from his family, Bobby loved grilling a great steak or cooking a brisket, building something with his own two hands, telling a joke and making someone smile. He was an avid Dallas Cowboys fan and never missed a game even when they went 1-15. He always enjoyed playing games with his grandkids, especially Uno. Science-fiction and action movies were always his favorite and any western movie would steal his attention. Bobby was proceeded in death by both of his parents, his son, Shon Blair, great nephew Tyler Worley and great niece Charlee Worley. He is survived by Vicky, his wife of nearly 35 years, son Justin and his better half Ryan from San Angelo, Texas, son Brandon from Wassau, Wisconsin, daughter Breon and her fiancée Levi Beasley of Archer City, brother Dwight and his wife Judy of Azle, Texas, grandson Quentin Blair and granddaughter Navea Blair of Wassau, Wisconsin, five nieces, five great nieces, two nephews, two great nephews and several cousins. The family requests in lieu of flower that donations be made to Aulds Funeral Home in Archer City to help defray the cost of the final expenses, the Archer City Ambulance Service who always showed the family great compassion during the many times they were called upon, and/ or Bobby’s beloved Southside Baptist Church.