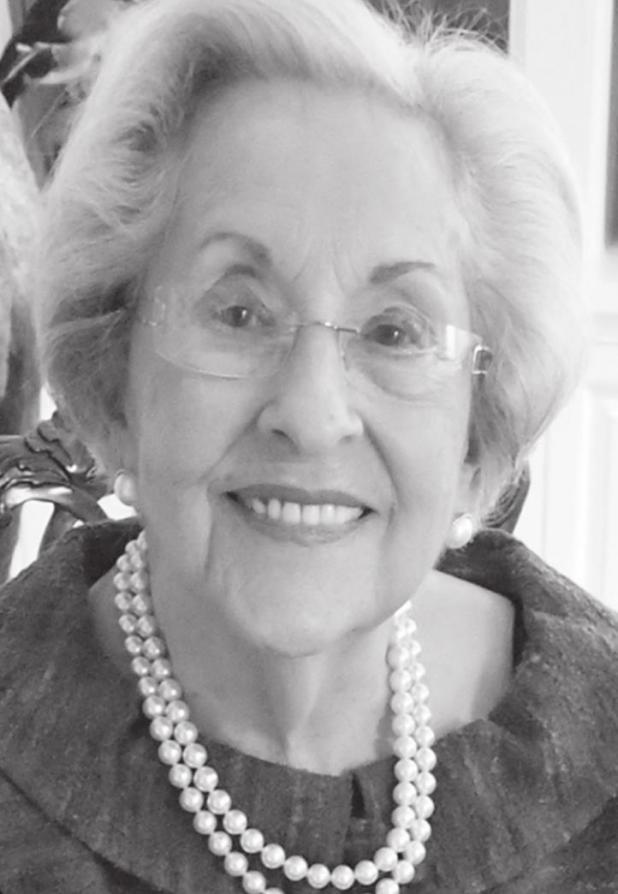 Betty Campbell Lewis, age 97, died Friday, March 11, 2022, in Graham, Texas. Graveside services and burial will be held at 11:00 am Saturday, March 19, 2022, at Restland Cemetery in Olney with Chad Edgington, Senior Pastor of the First Baptist Church of Olney officiating.

Betty was born on July 12, 1924, in Olney, Texas, daughter of the late Ruth Moore Campbell and Joe Allen Campbell. She attended schools in Olney and studied at Texas State College for Women, now Texas Woman’s University in Denton for one year prior to transferring to Southern Methodist University in Dallas. While at SMU, she and Phifer Lewis courted by letter as he served in the U S Navy in WWII in the Pacific.

Upon his return from the Pacific, he came to Dallas where she was in SMU, and they were engaged at White Rock Lake. She and James Phifer Lewis were married at the First Baptist Church in Olney on September 6, 1944, while he was on leave, and they were then stationed in Hutchison, Kansas until the end of World War II. They moved to Lubbock, Texas where he re-entered Texas Technological College, now Texas Tech University. In May of 1947, Phifer graduated from Texas Tech with a degree in accounting, and they had their first child, James Alan Lewis (deceased). They lived in Lubbock, Clovis New Mexico, and Amarillo while he worked for International Harvester. In 1949 they returned to Olney where their son, John Michael Lewis, was born, and Phifer commenced work on the Campbell Ranch. Betty was especially proud that she descended from a West Texas ranching heritage family. She was an only child of Ruth and Joe but had many doting aunts nearby. She lived in the same house across from her grandparents and aunts on Church Street in Olney until 1959. Additionally her maternal great grandfather, J. K. Thomas started and ran Olney Hardware with her great uncle, William Thomas for many years. The Thomas’ originally donated the land for Restland Cemetery.

In 1955, Betty and Phifer purchased the local Oldsmobile automobile dealership, and she worked with Phifer there for many years as a bookkeeper. She loved providing a home for her family, cooking, rose gardening, doing needlework, traveling, and collecting western art. She was a steady influence on her two sons, six grandchildren, and thirteen great grandchildren and was socially active in her long-time bridge club and other civic activities.

Betty was predeceased by her husband of 60 years, James Phifer Lewis, in 2005 and their son, James Alan Lewis, in 2020 who was married to her daughter-in-law, Sylvia Allen Lewis. She is survived by her son, John Michael Lewis, and his wife, Robin, of Dallas.

Condolences to the family at www.lunnfuneralhome.com will be received with appreciation and gratitude.