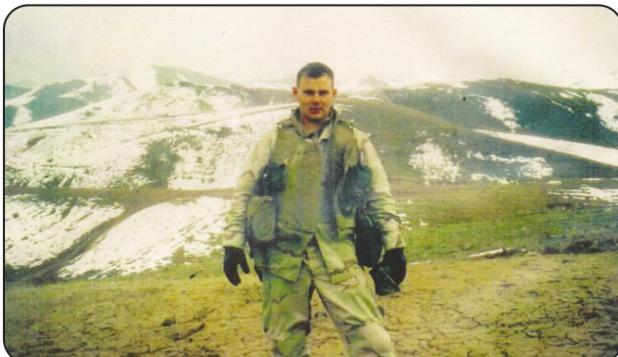 Stand with Dustin Heard and the Men of Raven 23

I’m the producer and writer of the podcast series “Raven 23: Presumption of Guilt,” about the unjust conviction and incarceration of US Marine Corps Sgt. Dustin Heard for the 2007 Nisour Square incident.

I’m proud to be an adopted member of the Olney community, and I’d like to use this column to update you on the efforts of a diverse team of supporters to obtain a pardon and exoneration for Dustin.

Last month, US Rep. Louis Gohmert (R-Texas) and his Justice for Warriors caucus sent a letter to President Donald J Trump respectfully requesting a pardon for Dustin and his three Blackwater Worldwide teammates. Sources tell me that the President is aware of the case and has asked to be briefed on it.

This effort began more than five years ago, when a federal judge in Washington DC sentenced Dustin, Paul Slough, Nick Slatten and Evan Liberty to what amounted to life sentences for the 2007 alleged killings of civilians in Baghdad’s Nisour Square.

This heavy task has been carried by the Raven 23 families and their hometown newspapers and friends. One of the nation’s most prestigious law firms, Williams & Connolly, joined the case pro bono to defend Nick Slatten, and John Maher, the attorney who obtained a presidential pardon last year for Army Lt. Clint Lorance, now represents Dustin.

They are seeking a new trial or dismissal of the case based on the latest discovery that US Department of Justice prosecutors suppressed evidence and may have encouraged two of the main witnesses against the Blackwater to lie under oath.

My producing partner, Micheal Flaherty, the co-founder of Walden Media, joined in the effort to free Raven 23 after hearing about the case and deciding that this politically motivated prosecution should not stand.

Because the national media was not covering the story fairly, we created the Raven 23 podcast series to publicize the details of the Nisour Square event that America wasn’t hearing. This was a gun battle between Blackwater and Iran-backed Iraqi insurgents, and not a civilian massacre.

We will conclude our 12-episode series in the coming month and will promote the story of Dustin and his brothers, and the towns they come from. We hope you will join us and let President Trump, your congressional representatives, and the families know that you stand with the men of Raven 23