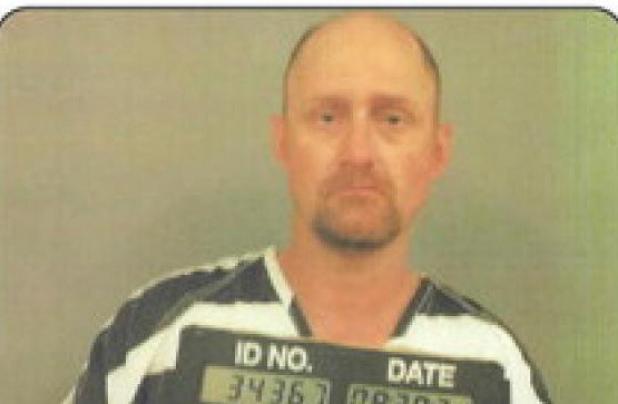 An Olney man pleaded guilty to a charge of continuous abuse of a child in exchange for a 45-year prison sentence minutes before his jury trial was set to begin in Graham on Jan. 9, District Attorney Dee Peavy said.

Justin Snow, 42, faced life in prison without the possibility of parole had he been convicted of the first-degree felony charges of committing continuous sexual abuse of a child, and witness tampering. The alleged acts occurred continuously between March 2015 and August 2021, according to an Oct. 20 indictment.

The Enterprise is withholding some details of the crime to protect the identity of the victim.

Mr. Snow has been jailed since his Aug. 30, 2021 arrest, the same day the then-13-year-old victim made an outcry to the Olney Junior High School counselor.

Mr. Snow’s sudden plea “was such a relief to the [victim] who just did not want to have to go through that process,” Ms. Peavy said.

Olney Police Detective Dustin Hudson led the investigation into the abuse, which began when the victim was about 7 years old. “This is not going to be tolerated,” Det. Hudson said. “In Olney, you have a police department that you can trust to see [these cases] through.”

Shortly before opening statements, Mr. Snow handed a piece of paper to his attorney, requesting that the District Attorney “lower the charge to aggravated sexual assault of a child and he’ll take [a] life sentence.”

Ms. Peavy refused because Mr. Snow would be eligible for parole after 30 years under that scheme, she said. “So he came back and he said he’ll take 45 years on the continuous [abuse] charge, and that’s day for day,” she said, meaning that Mr. Snow will not be eligible for a reduction in sentence.

The victim, who now lives out of state, “was ecstatic,” she said.

The defendant’s mother, Dolores Snow, has been charged with witness tampering in a separate case for allegedly discouraging the child from testifying against Mr. Snow. That case is pending.

“I would hope that … victims of [abuse] see that there is help, and see that these cases will be prosecuted and we trust the process will take care of that,” Assistant District Attorney Phillip Gregory said. “Don’t be afraid to report it. It will be investigated. It will be prosecuted. It’s our hope that this sentence gets around and that people … who have been a victim of this, please come out and tell us what we need to know and we will pursue the case.”

Terry Joe Ward, 43, faces charges of possession of child pornography and online solicitation of a minor. Andrew James Garibay, 31, is charged with continuous sexual abuse of a child under 14, aggravated indecency by sexual contact, and indecency with a child by exposure. Ms. Peavy had delayed trying the cases until COVID infections subsided “because of the uncertainty that we would be able to complete a trial.”

“Preparing a child for one of these … is very traumatic to them,” she said. “The other pending cases will be put on a trial docket as soon as possible.”