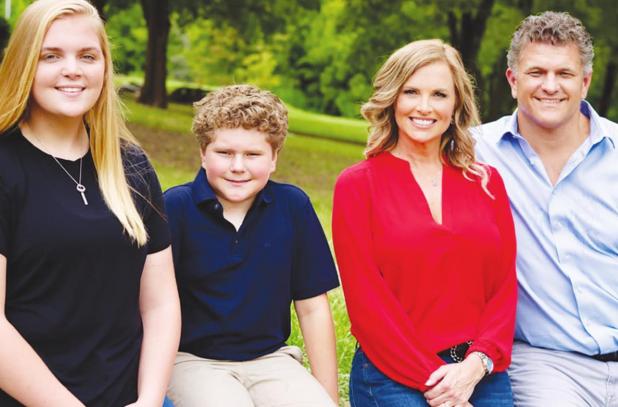 Shelley Luther said she is running for the District 30 Senate seat to fight for her constituents the same way she fought for her 20 employees by reopening her salon regardless of Governor Abbott’s mandate for non-essential businesses to close during the Coronavirus pandemic.

“I didn’t even know that I would be the first one standing up. I was concerned about that. My hairstylists were calling me and telling me that they didn’t know how they were going to feed their families. I felt helpless, and the government wasn’t helping us, and we couldn’t get them to answer any of our calls. The only thing I knew to do was to open back up,” Luther said.

Although some people criticized the decision to reopen, others applauded her efforts. Luther said she went above and beyond the CDC guidelines when she decided to reopen.

“We had chairs sitting six feet apart outside the salon [on our patio], and [there was] no one waiting inside. Everybody was wearing a mask. We got rid of all the magazines and anything that people would universally touch. Of course, we had hand sanitizer stations that I put up just for this. A lot of people don’t know that most of the training that cosmetologists go through is sanitation, as required for their permit and license,” Luther explained. “You could get CBD oil, buy cigarettes, buy alcohol, get a breast augmentation, and an abortion, but you could not get your haircut.”

While Luther has become popular because of the national media coverage surrounding the reopening, she believes people need to know more about her personally and professionally.

“I want people to know the whole story before casting their vote for the second time on Dec. 19.”

The daughter of a U.S. Marine Veteran is a Texas native who grew up in California on the military base. She returned to Texas on a fastpitch softball scholarship earning a bachelor’s degree at Sam Houston State in 1993. Luther is married to Tim, and they’re raising two daughters and two sons. Luther touts her experience as a 13-year high school Spanish teacher in public schools, a varsity softball and volleyball coach, and a business owner.

“Being a schoolteacher, I would be a huge asset in the education committee working alongside Mrs. Angela Paxton, who is also a retired schoolteacher. Mr. Springer has zero experience teaching in a school, and he does not know exactly how a school operates. I don’t want liberal curriculum forced into our schools. I’ve also been a department head and have worked directly in the school system, so I’m very aware of the schools’ ins and outs. Also, I am building a team around me. Senator Bob Hall is my mentor, and he endorsed me. And he promised that he would put me under his wing and help me as far as procedure is concerned,” Luther said.

Luther added that her intention is not to become a career politician while referencing Rep. Springer’s eight years as the District 68 representative.

“When our founding fathers made government legislators, you were supposed to keep your regular job and go serve two to three years and go back to your regular job. That’s why we only make $600 a month. Being in government was not supposed to be a career. It was not supposed to be something people studied and went to school for. This prevents people from being detached from their constituents, being money-hungry and getting caught up in the whole Austin scene as far as lobbyists are concerned,” Luther stated. “Although he’s been attentive to his constituents, he hasn’t really done much for them, as far as major bills have been concerned, Luther said. “I want to call [Rep. Springer] to a debate in [Olney] to discuss the issues,” Luther concluded.

To learn more about Shelley Luther and her political platform, visit her website: www. ShelleyLuther.org. You may also contact her at 214-551-4677. “Everybody is welcome to this phone number that I give to every single constituent, and I answer this phone. If I don’t answer it, I will call you or text you back within 48 hours,” Luther said.