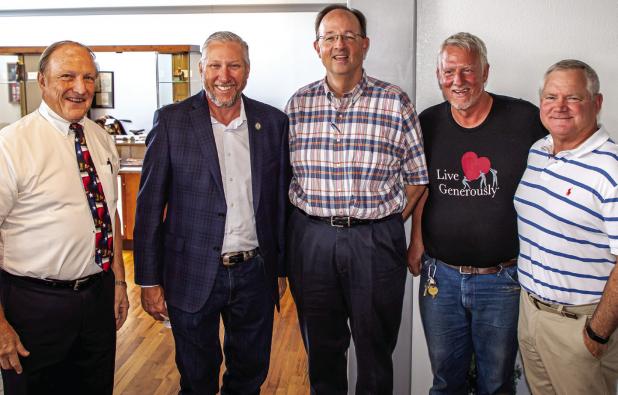 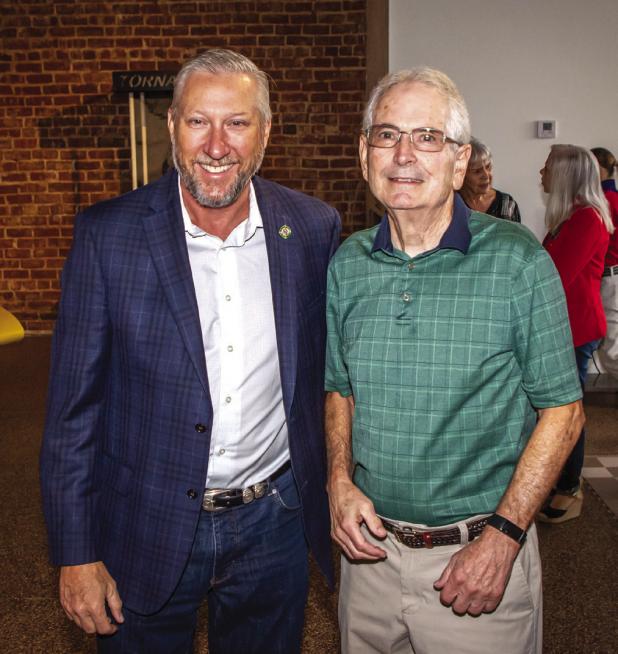 State Senator Drew Springer held a Town Hall in Olney on Sept. 12 to hear from constituents and to share what he believes are the big issues for the upcoming legislative session. Sen. Springer met with about 50 constituents at the Olney Heritage Museum on Main Street, including city and county officials. Sen. Springer identified immigration as the biggest issue facing the state of Texas and said he and Gov. Greg Abbott had discussed ideas for shifting costs incurred by Texas taxpayers to care for illegal immigrants to the federal government.

“The biggest thing that continues to be an issue facing the state is the border. And the border crisis. We have an immigration problem, absolutely,” he said. “Washington should fix it. We have an unemployment rate as low as we need it, we ought to be opening it up again on a merit-based system and letting people in. But people that just willy-nilly walk across the border don’t move through the right process.”

Sen. Springer said Texas has an estimated 300,000 undocumented children in public schools at a cost of $6 billion.

“Too much of that cost for the illegal immigrants is falling on the backs of Texan taxpayers and I think the federal government should pay for it,” he said.

Property taxes also worry lawmakers, especially the meteoric rise of property valuations never seen before in Young County, he said. “We did things to stop the growth of [property taxes]. We think that this year after the tax rates come in and the adjustments are made, the average Texas taxpayer will pay about the same or $100 less than they paid last year. We’ve seen appraisals rise higher than they’ve ever been in Young County.

Sen. Springer said he would like the state to take further measures to cut property taxes and “rely more on consumption taxes.” He favors cutting the homestead exemption to as much as $100,000, he said.

The good news is that the state is flush with cash – with Texas Comptroller of Public Accounts Glenn Hegar forecasting that tax revenues will rise at least $27 billion higher than projected. Sen. Springer said he would champion a cost of living increase for retired teachers, who have not had a COLA increase in 16 years.

He also said that mental health spending and the recruitment of mental health professionals from other states are priorities for the new legislative session. Young County and Olney law enforcement officials have been pointing out the need for more access to mental health services for years, he said.

“Every session we put more money in and it’s not enough,” he said. “We now have in Wichita Falls 200 empty beds [at the North Texas State Hospital]. Sheriff [Travis] Babcock has people in the jail who can’t go to trial because they can’t stay in competency. It’s not fair to them and it’s not fair to the taxpayer.”

The Town Hall was carried live, and a recording of the event is available on the Olney Enterprise Facebook page.