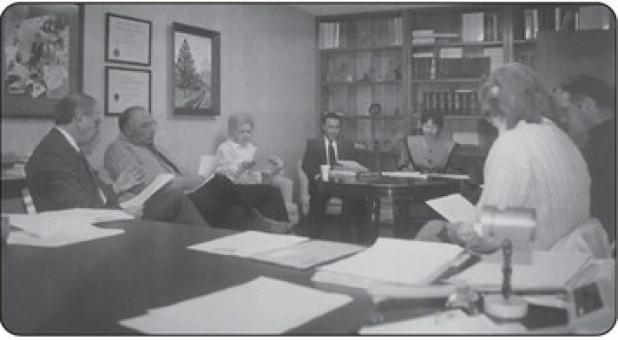 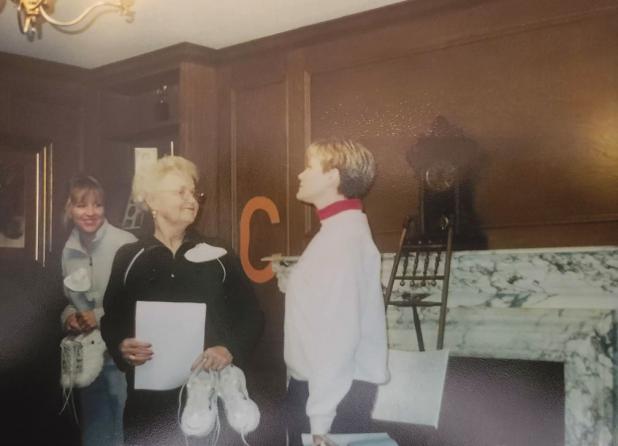 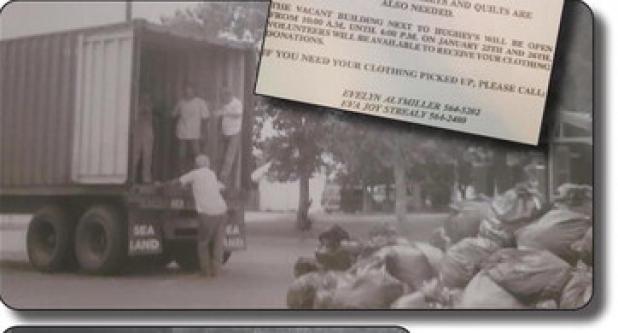 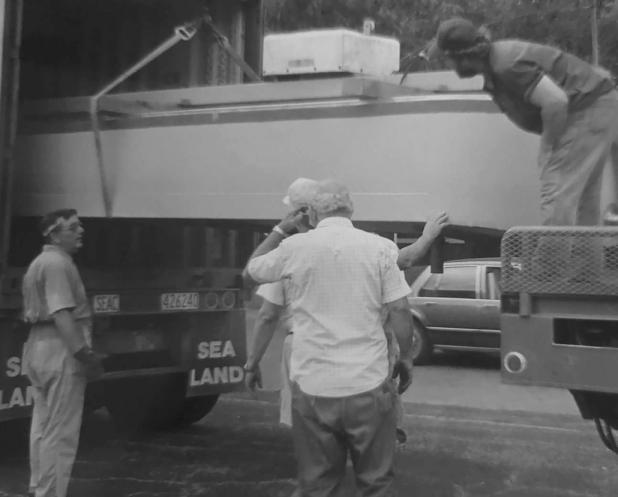 The Olney delegation led by Richard and Dema Lunsford swung into action as soon as they returned from Detchino, organizing a months-long drive to gather enough food, clothing, and medical supplies for Olney’s Russian sister city to fill a large shipping container.

By Christmas of 1992, signs of the remarkable humanitarian effort were all over town: a used cheese vat that Mr. Lunsford had found in Wisconsin was placed on display at a lot on Main Street and Grand Avenue. A sample of a food box with the suggested items went on display at Stewart’s Food Store, and residents were encouraged to contribute toward the purchase of flour, sugar, rice, canned meat, shortening, dehydrated fruit juice and soup, and chocolate bars for the children of Evelyn Altmiller and Eva Joy Strealy took charge of a drive for warm clothing, toothbrushes, and soap, putting up flyers and gathering donations at a vacant building next to Hughey’s where volunteers were on hand to receive the donated

The delegation soon began receiving letters from the children of Detchino, who were anxious to practice their English and learn about life in the United States with their new pen pals. “I am twelve now,” one boy wrote. “Please give me your house in [a photograph]. My pets are two

The Olney Town Council had applied for and received approval for a shipping container, measuring 49 feet by eight feet by eight feet from the Fund for Democracy and Development, a U.S. government agency that facilitated and supported humanitarian assistance from U.S. communities to needy countries. As a result, the shipment from Olney to Russia cost Olney nothing - as long as the city could fill the container.

L.F. Perry, newspaper editor David Penn, and others spent their offhours helping load hospital beds donated by Olney Hamilton Hospital, and the collected aid into the container. As soon as it was full, Dr. Bruce Weaver, the former pastor of First United Methodist Church in Graham and a member of the church’s Committee on Relief in Russia, coordinated with the U.S. State Department to manage the distribution effort from Olney to Detchino.

It all began with the