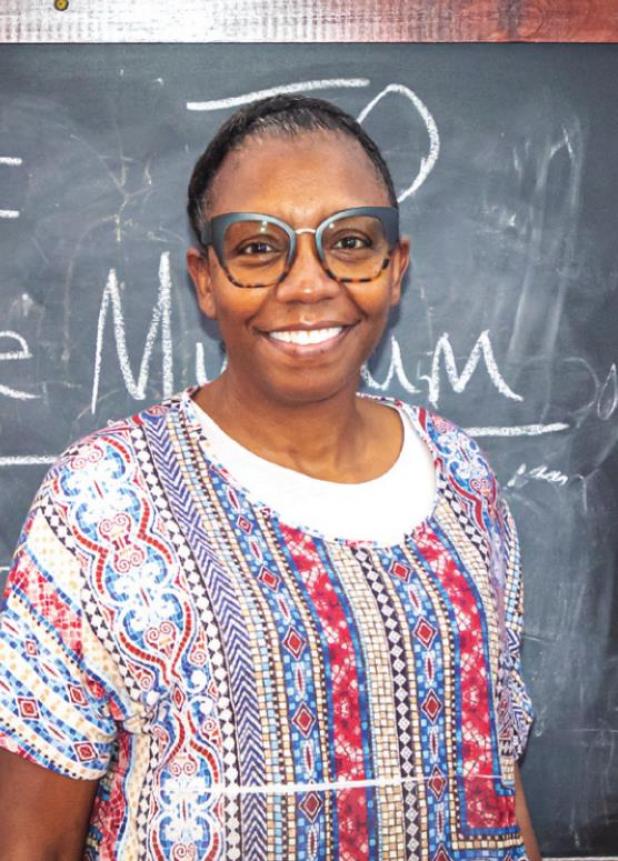 Retired U.S. Air Force Master Sergeant Veronica Fobbs will step into the ranks of sixth- and seventh-grade science teacher at Olney Junior High School this year, after seeing Olney’s need for teachers during her tenure as an elementary school aide.

Ms. Fobbs grew up in Aurora, Colorado, but has been a member of the community of Olney since marrying Freeman Fobbs, who has lived in Olney his entire life. The Fobbs have two grown children and a 10-year-old son, Caleb, who will be attending Olney Elementary School.

Ms. Fobbs served 21 years in the U.S. Air Force as an air traffic controller. She holds a master’s degree in aeronautical science from Embry–Riddle Aeronautical University in Daytona Beach, Florida and is in the process of obtaining her teaching certificate.

Ms. Fobbs said she wants to teach to “help struggling students, to show them - you can do this.”

“Why I wanted to go into teaching is, there seems to just be a need,” she said. “I know when I was in school, I struggled with math and science until I actually got into college. I did very well in college. Then I thought if I could bring that to younger kids who are struggling, they would feel like, oh there is hope, and they won’t want to give up. Let’s find the foundational gaps and let’s fill those so that they can also be confident, then with the confidence, will come success.” Ms. Fobbs said she felt privileged to teach Olney’s children.

“I look at it as an honor and I really look forward to it because I chose to do this,” she said. “I don’t have to do this. I believe that the Lord put it in my heart, because it’s been a few years coming. I didn’t jump into it right away. You know, after some prayer, that’s why I went and I became an aide in the elementary school to see if that’s where I want it to be.”