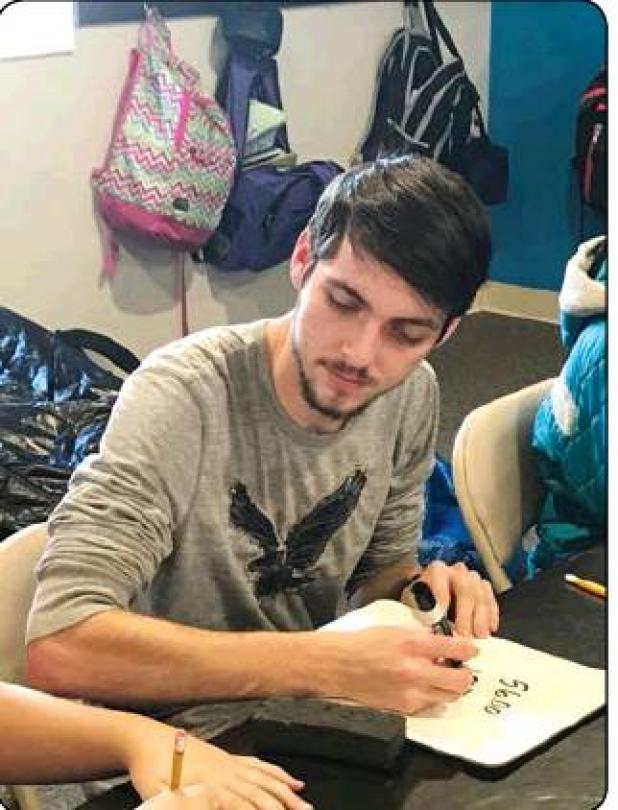 Erik Cuba Chooses to Stay in Olney After Graduation

Megargel resident and recent Olney High School graduate, Erik Cuba, said he has always known he wants to build a life in a small community. “It is not my world view or my political ideologies or my religious beliefs for wanting to stay in this community,” Cuba said. “Toward the end of high school, many of my friends said they wanted to be someplace other than this small town. I never got that feeling. I love to travel. I’ve been to [Washington] D.C. multiple times, and I’ve toured Europe with my church group. At the end of those trips I always say the world is cool, but there’s no place like home.”

Cuba reminisced about growing up in a small town. “One of my favorite childhood memories is riding the school bus home on Fridays after the pep rally. Our bus driver, Mr. Bob, would give a Dr Pepper to every kid. I would tell him bye and run to grandpa’s truck to spend the night. It is something I always looked forward to doing on the weekends. These are the memories that tie me to this community,” Cuba said.

Cuba graduated from OHS last year with 32 college hours and was able to enroll as a sophomore at Midwestern State University (MSU) in Wichita Falls. He plans to graduate in May 2021 and hopes to join Olney High School Faculty in the Fall of 2021.

The math major says although his initial plan was to become a doctor, he has always gravitated toward teaching—a role he took on at an early age when tutoring his friends in math. Cuba’s mother, Kim Cuba—a fifth-grade science teacher at Olney Elementary—did not persuade him to become a teacher but was still influential.

“One thing that cemented why I wanted to be a teacher was looking back at all of those plays, all of those band performances, all of the games, track meets and the different events that I have been part of in high school; One of the things that were prominent to me was the after moments. After the play was over or after I cut off the band and turned around to the audience to give a bow, my mom was always there. My family was always there. Being able to turn around to see the people that love you was there to support you, I can’t trade that for anything.” Cuba said.

Cuba mentioned the top four teachers who were his biggest inspirations. “Tom Lundy made me fall in love with math. Carol Wainscott developed my love for math in junior high school by pushing me to learn more. She saw my ability and molded it. In high school, Peter Allen was an excellent teacher. He was good at taking something that people didn’t understand and putting it into terms they could understand. He gave me that aspect that helps me with the way I tutor my students. Dickey Scott is the person who ingrained the teaching bug into my mind before I knew it was there. He is one of the best math teachers and one of smartest people I know,” Cuba said.

A few of Cuba’s extra-curricular activities during high school include playing the lead in the One Act Play, playing the baritone, trumpet eventually leading to his role as drum major in high school and placing third on his debate team. It is easy to see how he manages his busy life now based on his ability to do well academically while juggling electives throughout middle and high school. In addition to his full-time student status at MSU, Cuba works three days at the Refuge as an after-school tutor and intern. He still has his job at Stewart’s Food Store for the past three years.

Cuba made an interesting comparison of his job at Stewart’s to social media. “I consider my job at Stewart’s as my Facebook because I don’t really [engage] on Facebook and don’t find a need for it. Our small town is our social media hub. If you are active in the town, you get to know a lot of people the same way you do if you are active on social media. The difference is it’s personal. I get a status update every time someone comes into the store,” Cuba said. “I can’t leave a community of people who have supported me while growing up.”