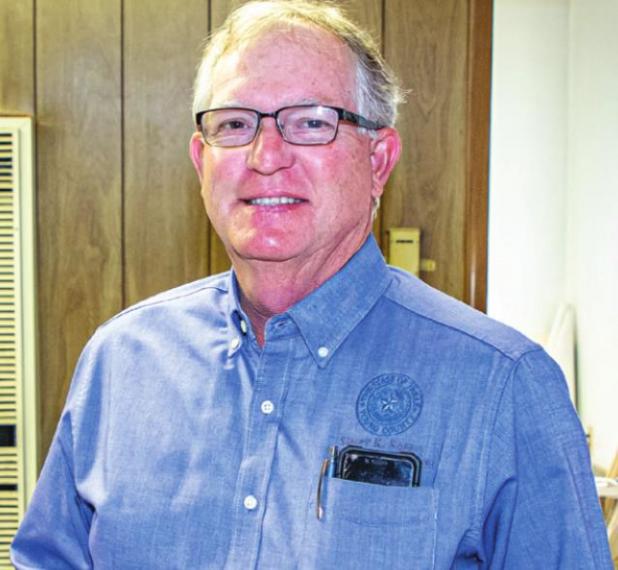 Young County Commissioners voted March 28 to grant a 70 percent tax abatement for 10 years to a liquid hydrogen plant west of Graham that some landowners said would create too much traffic and trash.

The $281 million plant built by New York-based Plug Power is expected to create 50 full-time jobs and lift the county tax base by more than 20 percent. Plug Power is the world’s largest user of liquid H2 and has supplied hydrogen fuel cells mainly to power space equipment and warehouse vehicles, the company said.

“Although one or two may not be satisfied, the benefits outweigh the neg atives especially in our area,” because the plant will pay taxes to the Newcastle Independent School District and to Olney Hamilton Hospital and will provide environmental benefits, Precinct 3 Commissioner Stacey Rogers said after voting in favor of the abatement.

“Not only are other taxing entities going to benefit from the tax revenue, this plant will purchase effluent water from the city of Graham, which normally is pumped down Salt Creek, which eventually ends up in the Brazos River (and) ends up in Possum Kingdom (Lake),” Rogers said.

The hydrogen plant will employ 25 truck drivers as well as plant managers, plant operators and technicians, dispatchers, maintenance and quality control personnel and process specialists over three shifts when it opens in December of 2023, according to a presentation the Plug Power made during the March 28 public hearing. Mark Hannifan, the project director, said PLUG Power plans to hire all positions locally and to provide incentives for workers to live in Young County.

The commissioners voted 4-0, with Commissioner Matt Pruitt abstaining, to approve a so-called PILOT scheme that allows Plug Project Holding Co of Albany, New York to pay an average of about $300,000 per year in lieu of taxes over the abatement period, for a total of about $2.9 million, Bob Bass of Allison, Bass & Magee LLC told the commissioners during a public hearing on the matter.

“It gives you a predictable revenue stream per year,” Bass said. “That revenue stream starts out higher than the (Payment In Lieu Of Taxes) but drops off to half of the PILOT through a 10-year stream. You do not have to wait for the appraisal to tell you how much it’s worth each year.”

Hannifan said Plug Power chose the Graham site because of its proximity to the wind farm where the plant will get its power and a city plant that dumps more than 200,000 gallons of wastewater per day that can be used to produce liquid hydrogen. Plug wants to start construction in June 2022, and expects to take 18 months to build the 40-acre plant, Hannifan said.

When complete, the plant will run 10 t0 12 hydrogen-powered trucks to haul tankers of liquified hydrogen to Dallas-Fort Worth via Interstate 20, Hannifan said. A few landowners complained to commissioners that Plug Power was underrepresenting the disruption and danger the trucks will pose to its neighbors.

“People don’t live in the county because they want more traffic around there. This is going to tear up 209. We are going to have more traffic out there … constantly trucks on a two-lane highway that is not made for that,” landowner Paul Hemphill said.

“Y’all have elected to shove it down our fence lines,” said landowner David Gibson. “There will be problems with cigarettes and beer cans and trash.”

Precinct 4 Commissioner Jimmy Wiley said he understood the complaints but considered the impact the plant will have on the county as a whole when voting in favor of the abatement.

“The taxpayers keep saying we don’t want higher taxes … and that’s the thing that is going to get our tax rate down is more industry coming in to Young county,” Wiley said. “We give abatements all over Young County. The cool thing that I didn’t know is that they are not getting any money from the state, so that makes it much different on my end of it.”