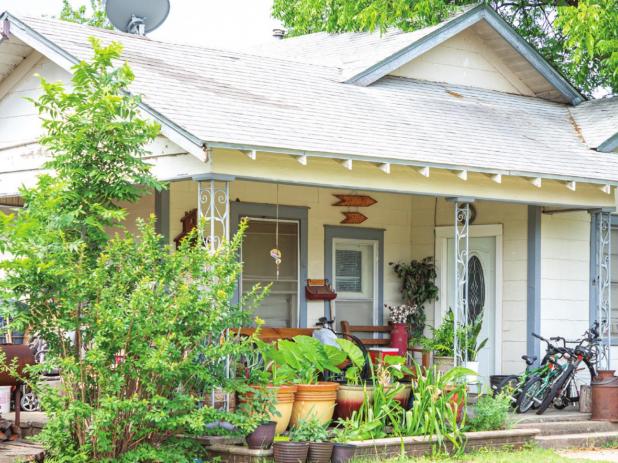 In 1917, John Wilson (1851-1929) Groves sold this lot to Guy Richardson. In 1919, Guy and his wife Bertha executed a mechanic’s lien to T.S.Utley to build a five-room house on this lot. Still that same year the Richardsons sold the property to Jim Barnett and his wife, Nettie Lunn Barnett, a sister to W.N. Lunn.

Mr. Ragle was one of the area farmers with acreage that was covered with wells during the oil boom, so this house must have been bought as a rental property since the house at 502 W. Main was his home after the boom. Mr. Ragle outlived his first two wives and was survived by the third. His heirs were Myrtle Goodloe, Vista McCuistian, Eva Smith Albert, Ida Jane Davis, Iva Dodd and Ola Mae Galloway.

Claudia Galloway, William Henty Ragle and George J. Ragle. After Ragle’s death in 1945, his heirs deeded their interest in the house to his widow Alice.

After Alice’s death in 1946, the heirs sold the property to William Russell Parks (1914-1989), a native of Electra who married Cora Kirksey in Walters, Oklahoma, in 1934 in Olney and later founded Parks Auto Supply in 1954. The Parks children were C. Russell, Billy Wayne, Kay McCarson and Shirley Pace.

In 2001, the Parks’ heirs sold the property to Jim Wade, and in 2012 Wade sold it to its current owner—Estaquio Melchor.