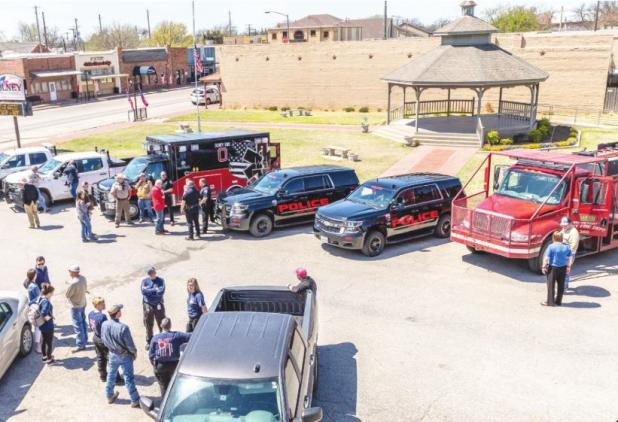 On April 1 all across Texas, law enforcement held a ceremony that only lasted minutes, but had a deep meaning. The ceremony was called “Red and Blue.” Texas Governor Greg Abbott called upon all Texas Law Enforcement Agencies to turn on their lights at exactly 1:00 p.m. on April 1 in honor of Texas Trooper Chad Walker.

Texas Trooper Chad Walker was shot after stopping to render aid to a disabled vehicle near Mexia, Texas. The driver of the disabled vehicle immediately exited his vehicle and fired upon Walker. Walker later died from wounds received by the shooter. The cowardly shooter later took his own life.