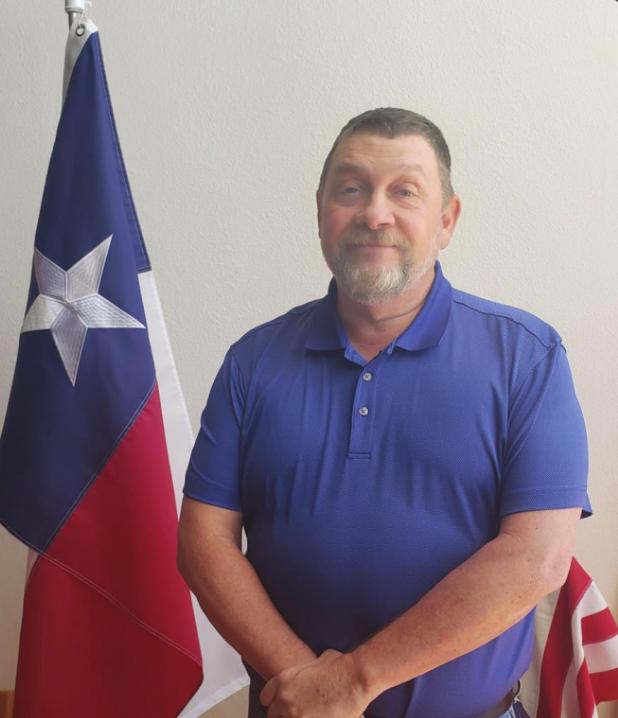 Dirk Barrington is campaigning to secure his seat on the Olney ISD School Board, which he has held since 2015. While serving as an Olney ISD Board Member, some of the accomplishments that he, along with current board members have achieved include renovation of Olney Junior High and Olney High School, the construction of the Career Tech building, which was completed without raising taxes, and the raises he supported to secure for Olney ISD teachers.

Small town residents understand how small towns function, and Barrington is no stranger to small town functionality. He is from Throckmorton and has lived in Olney since 2013.

“We enjoy the small-town life. My wife and I both grew up in a small town and wanted to raise our children in a small town. One of the things we love about Olney is the sense of community. Families come out to support the kids at various school events and attend church on Sundays,” Barrington said.

Allie, Barrington’s youngest daughter, has been part of the Olney ISD schools since second grade. He said his daughter’s involvement in the Olney schools says a lot about his confidence with the Olney School Board members present leadership during the past few years. He touts one of the best decisions the board made was the increase in teacher’s wages.

“I thought it was important to show appreciation to our teachers by voting to implement a pay increase, especially considering the recent COVID pandemic. Our teachers have had to be on the front lines to educate our children. They have been required to put in extra training and time to facilitate learning through the online platform and in the classroom,” Barrington said. “If re-elected, I will continue to be a voice for our teachers.”

Barrington said he realizes that not all children will go to college, so he supported the Career Tech program where students can earn a certificate and have a career.

Having more than 30 years of professional experience is one of the main reasons why Barrington believes the citizens should re-elect him to the school board. Barrington has been self-employed as a process server for years before accepting a position as the executive director at the House of Mercy in Olney. After leaving the House of Mercy, he worked for Texas Workforce Solutions while continuing his business as a process server.

Barrington has been married to Gena since 1991, and they have three daughters. McKenzie (married to C.J. Frazier), Emma who works at Cub Drug and Allie who is a freshman at Olney High School. The Barringtons reside in Olney, and Dirk plans to open Farmers Insurance Agency on April 1. The agency will be located at 210 W. Main Street in Olney.

Cast your vote at the polls May 1. Early voting will take place in April.

Barrington concluded by answering why you should vote for him. “I bring a lot to the table, and I have sincere love for the community, which has been returned to me. I will make sure we always take care of our children. I hope you’ve seen my value and my stance on issues during the last six years that I’ve been a school board member. I hope you will trust me again,” Barrington said.