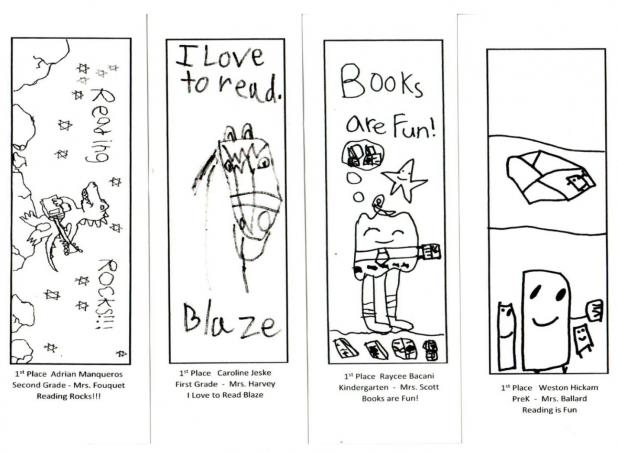 The 10th Annual Bookmark Contest for the Olney Elementary School students, concluded during the week of March 29 through April 2, 2021. This coincided with National Library Week at the Olney Community Library.

The students were presented an entry form and given the opportunity to enter over the course of a number of weeks. Winners were chosen from Pre-K through Fifth Grade. There were four placement divisions in each grade: First, Second, Third and Honor.

The First place winning bookmark in each grade level had theirs copied and distributed for the entire grade to receive it. With great excitement, here are the students that placed: